Microsoft to bring Call of Duty to Nintendo, Sony on the spot 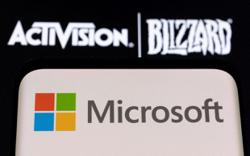 TOKYO (Reuters) -Microsoft has entered into a 10-year commitment to bring the gaming title "Call of Duty" to Nintendo platforms, the chief executive officer of Microsoft Gaming, Phil Spencer, said in a post on Twitter on Wednesday.

The agreement will bring the popular first-person shooter series from Activision Blizzard to Nintendo game consoles for the first time.

The announcement comes after Microsoft's planned $69 billion acquisition of the "Call of Duty" maker raised concern among regulators that the deal could stifle competition, with rival Sony Group Corp criticising the deal and even calling for a regulatory veto.

Microsoft President Brad Smith tweeted: "our acquisition will bring Call of Duty to more gamers and more platforms than ever before ... Any day @Sony wants to sit down and talk, we'll be happy to hammer out a 10-year deal for PlayStation as well"

Earlier this year, Sony's gaming chief Jim Ryan called an offer by Microsoft to keep the "Call of Duty" series on PlayStation for three years after the current agreement "inadequate".

"It's basically good PR for Microsoft."

Microsoft competes with Sony and Nintendo in the global video game industry, which saw strong growth in recent years with people spending more time at home because of the coronavirus pandemic.

Shares in Nintendo closed up 0.3% after the Microsoft announcement, outperforming the Nikkei average's 0.7% slide and Sony's 1.3% fall. 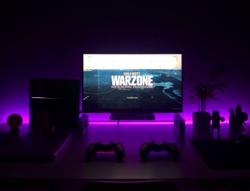