Good news or bad? Soon air passengers in Europe will be able to surf and make calls with 5G 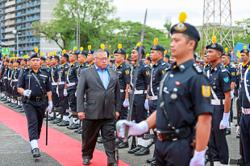 5G is set to arrive on board aircraft in Europe by June 2023. — AFP Relaxnews

The European Commission has authorised the deployment of 5G on board aircraft as of June 30, 2023. This means that it may no longer be necessary to switch to airplane mode during a flight. Theoretically, this also means that we will be able to make calls to our loved ones when we’re soaring above the clouds.

Those who travel by train in Europe are probably used to announcements reminding passengers to make their phone calls on the platform outside the seating area of each wagon in order to respect the calm of other guests who probably don’t want to hear your whole phone conversation. On most trains, at least there is this space. But what about on board an airplane?

It’s a question that will really come to the fore as of June 30, 2023, when the European Commission authorises 5G technology on board aircraft flying over the European continent. In concrete terms, this means that it will no longer be necessary to switch to airplane mode on your cell phone. This change means that passengers will be able to get high-speed connectivity while in flight without having to use the WiFi system (which is not always available and when it is isn’t always operational).

While the decision should delight binge-watching series fans who have some catching up to do with the latest Netflix releases, it doesn’t mean that there won’t be a cost for the connection.

In technical terms, airlines will be required to set up frequency bands of 5GHz, which is more complicated to set up for flight than on the ground since it implies the use of “pico-cells” so that passengers’ calls, texts and data pass through a satellite network itself connected to antennas on the ground. So how much will it cost to use 5G on board?

In terms of usage, the rollout of 5G for airline travel indicates that passengers will be able to watch films, stream videos, send messages, consult social networks – basically continue all their regular digital habits. As for making phone calls, theoretically, this authorisation also implies the possibility to call one’s loved ones above the clouds. But, it remains to be seen if the airlines decide to issue a ban on this type of use on board, so as to avoid disruptions throughout the cabin.

The arrival of 5G on board aircraft raises the question of the possibility of interference with the pilots’ radio altimeters that allow them to gauge the height between the ground and the aircraft and other communications. In Europe cockpit communications will take place at frequencies of 4.2-4.4 GHz.

Meanwhile in the United States, the debate has clearly been raised to the point that the Federal Aviation Administration (FAA) has shared its concern about the effects on older models of altimeters. By the end of 2023, aircraft operators will have to upgrade their altimeters. – AFP Relaxnews

Subscribe now to our Premium Plan for an ad-free and unlimited reading experience!
5G Internet Technology 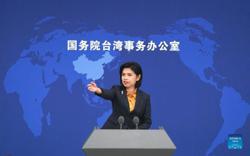