An empty aircraft in Virginia, United States July 22. In Europe, thousands of passenger planes are still grounded, but in-flight Internet is surging to new highs. — AFP

Thousands of passenger planes are still grounded, but in-flight Internet is surging to new highs.

"It suggests there’s some semblance of normality beginning to return to some segments of the aviation market,” Pearce said in an interview. He pointed to a partial recovery in short and medium-haul flights after pandemic travel restrictions were eased.

The data rebound also reflects new Internet habits formed under lockdown, said Alexander Grous, an expert on airline strategy and economics at the London School of Economics, who has previously written research on behalf of Inmarsat.

"Lots of users are basically two to three times more likely now to connect and stay connected on board than they were at the beginning of the year, before Covid,” Grous said by phone.

The potential for an airline data boom may reassure the institutions that bought Inmarsat last December in the UK’s second-biggest take-private deal of 2019.

Inmarsat’s European Aviation Network has been ramping up capacity since its launch in July 2019. The company partners with terrestrial mobile networks like Deutsche Telekom AG and can deliver up to 100 megabits per second to a plane.

The in-flight broadband business was "going gangbusters” when the buyout deal was struck, said Pearce. A few months later, Covid-19 left many airlines fighting for survival.

Last month, rival satellite operator Intelsat SA bid US$400mil (RM1.67bil) for Gogo Inc’s inflight WiFi business, in another long-term bet on in-flight Internet. GoGo has no satellites of its own and buys capacity from satellite operators to connect its onboard modems and antennas.

More deals may be in the offing.

The Intelsat-GoGo deal is "a logical move,” said Pearce. "There may well be assets that come up that make sense for us to agglomerate.” – Bloomberg 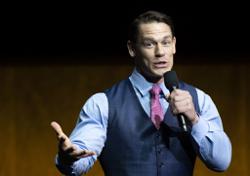