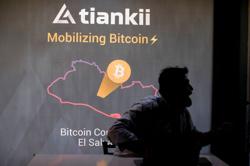 FILE PHOTO: A representation of bitcoin is seen in front of a stock graph in this illustration taken May 19, 2021. REUTERS/Dado Ruvic/Illustration/File Photo

SAN SALVADOR (Reuters) - The government of El Salvador, the first country in the world to adopt bitcoin as legal tender, is seeking congressional approval to issue investment bonds in the cryptocurrency.

El Salvador's government-controlled legislature announced late on Tuesday it had received a bill dubbed the "Digital Assets Issuance Law," aimed at regulating the offering of such bonds to local and foreign investors.

The proposal comes a year after President Nayib Bukele announced he would launch so-called "volcano bonds" to raise $1 billion to finance his "Bitcoin City" project, which included building a town on the Salvadoran coast funded by bitcoin-backed bonds.

He initially expected the bonds to be ready for launching at the beginning of this year, but according to Finance Minister Alejandro Zelaya they were delayed due to economic instability stemming from the war between Russia and Ukraine.

The newly proposed bill, according to its draft, is aimed at creating the Bitcoin Fund Management Agency (AAB) to oversee, safeguard and invest funds obtained from digital asset offerings and the National Commission for Digital Assets to oversee the issuance of bitcoin-backed bonds.

El Salvador, which has a high external debt and largely depends on money coming from abroad - especially from the United States - adopted the cryptocurrency as legal tender in September 2021, with Bukele justifying the measure as a way to bring prosperity to the country.

So far, the Bukele administration has bought 2,392 bitcoins at a price of some $107 million, according to private estimates, though the bitcoins are now 63% less valuable after a recent price collapse. 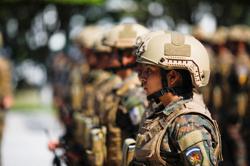 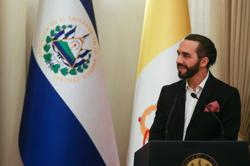 Angry customer hurls ‘scalding’ soup at teen worker, US cops say
Charting a new course with the country's data
Opinion: Teens carry a threat to mental health in their pockets
Like Terminator’s T-1000, this robot liquefies before returning to its original form
This app offers travellers on the London Underground less-polluted routes
Find out if your personal data has fallen into the wrong hands online
FTX founder Bankman-Fried objects to tighter bail, says prosecutors 'sandbagged' him
As they enter a 4th generation, are foldable phones finally mature?
This free tool lets you extract text from images
Google Stadia is dead, but its controllers live on