Some iPhone 14s are calling 911 on roller coasters. Here’s how you can prevent it 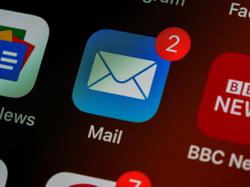 People told the roller coaster website that crash detection was triggered on rides at various theme parks across the country, including Universal’s Islands of Adventure in Orlando, Florida, and Busch Gardens in Williamsburg, Virginia. — Bloomberg

The crash detection feature on the new iPhone 14 is coming with an unintended consequence, as some users are reporting it is dialling 911 as they ride roller coasters.

The feature is on by default on the new iPhones. When your iPhone detects you have been in a severe car crash, it will display an alert and call 911 twenty seconds later unless you cancel.

But some people are seeing the feature triggered as they ride roller coasters, including at Kings Island near Cincinnati and Six Flags Great America near Chicago.

Six such 911 calls have been placed in Warren County — where Kings Island is located — since the new iPhones were released in September, The Wall Street Journal reported. The Joker roller coaster at Six Flags Great America is also triggering the alert.

“We are very vigilant about calls. No call doesn’t get checked,” Melissa Bour, the director of emergency services for Warren County, told The Wall Street Journal. “You get used to calls that are not an emergency, but it’s wear and tear on the dispatchers.”

Dollywood in Pigeon Forge, Tennessee, has warned riders of two of its roller coasters about the feature. The theme park has placed signs outside two of the rides asking people to turn off their phone or enable airplane mode to prevent their device from calling 911, according to a social media post by Coaster101.com.

People told the roller coaster website that crash detection was triggered on rides at various theme parks across the country, including Universal’s Islands of Adventure in Orlando, Florida, and Busch Gardens in Williamsburg, Virginia.

Apple told The Wall Street Journal it “will continue to improve” the feature over time. McClatchy News reached out to Apple and did not immediately receive a response.

But how can you prevent crash detection feature from triggering on roller coasters?

If you’re at an amusement park or ride, it may be wise to turn the feature off. To do this, go to “Settings” and select Emergency SOS. You can then deselect the Call After Severe Crash option.

As Dollywood suggested, you can also turn your phone on airplane mode to disable the feature. – The Charlotte Observer/Tribune News Service

Some Apple workers in Australia vote to strike over pay, benefits

Opinion: AirTags can help find your stuff, but use something else to track kids, pets