NSRC is the right step forward, said cybersecurity company Kaspersky, cautioning that it is important to remember that cybersecurity is a societal issue that needs a holistic solution. — 123rf.com

PETALING JAYA: With online fraud cases topping over twelve thousand cases just from January to July 2022, with losses totalling up to RM414.8mil, the formation of a National Scam Response Centre (NSRC) is an urgent priority.

This is the right step forward, said cybersecurity company Kaspersky, cautioning that it is important to remember that cybersecurity is a societal issue that needs a holistic solution.

“The government and regulatory bodies are key, but we, as users, also need to take concrete action to protect ourselves against scammers.

“For instance, installing a security solution on our devices is effective in putting in place a safety net against phishing or any social engineering attacks,” said Jesmond Chang, Kaspersky’s head of corporate communications for APAC.

It also advocated that the government cooperate with private entities to keep abreast of new threats and to procure in-depth intelligence on threats.

Fong Choong Fook, founder and CEO of cybersecurity firm LGMS, said that while he welcomed the formation of the centre, such initiatives should have started much earlier.

He said many educational resources on online security are decentralised and that he hopes this centre will be the aggregate point for awareness education.

“I hope to see that the centre will provide a search directory for reported scam numbers. The directory can even evolve to be an app, to be used by the public to look up unknown numbers,” he said.

He also urged the government to look at the root causes, adding, “we currently do not have strong enforcement on phone number identifications, we don't have laws to curb unsolicited spam calls, our Personal Data Protection Act 2010 is weak, and the public and private collaborations on scam busting are weak”.

In addition, Finance Minister Tengku Datuk Seri Zafrul Abdul Aziz also emphasised in his budget speech that there needs to be improvement in the level of digital and financial literacy among consumers to lower the risk of being victims of online scams.

An allocation of RM73mil to CyberSecurity Malaysia (CSM) was also included in Budget 2023, which is intended for the monitoring and detection of cyber crimes, as well as cyber forensics.

For system administrator Seth Lee, 24, the announcement of the formation of the NSRC was a huge relief.

He has always been worried about the possibility of his elderly parents falling prey to online scams, as they have become a major issue globally, with Malaysia being no exception.

"There's so many reports on the news about people getting scammed of their life savings.

“With my parents not being the most tech savvy, I could never really shake the thought of it happening to them one day, which makes such a platform very reassuring to have in case anything does happen," he said.

It will begin operation this month and act based on received reports to block bank accounts used by scammers, and take action upon those bad actors. 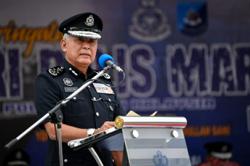