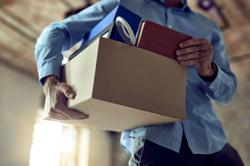 There’s a growing public backlash over the use of our personal information by companies such as Google, Amazon, Meta and TikTok. — Business vector created by jcomp - www.freepik.com

WASHINGTON: Jeffrey Chester, executive director of the Center for Digital Democracy, has advocated in Washington for privacy protection for 25 years, warning about threats to online privacy. The Associated Press spoke recently with Chester about growing public concern and official action.

Q: The Federal Trade Commission is considering crafting rules to police what it sees as harmful commercial surveillance. In Congress, privacy legislation has moved closer to passage. Do these developments reflect evolving public sentiment?

A: There’s a growing public backlash over the use of our personal information by companies such as Google, Amazon, Meta and TikTok. People are aware that nearly every company they deal with collects data from and about them. That lucrative information provides the companies’ immense revenues.

Q: What's behind the greater awareness and concern?

A: Helping propel action has been the series of data breaches in which sensitive information has been stolen. And parents are alarmed about data-gathering on their children. There’s now greater support for legislation to deliver serious privacy protections.

Q: It has seemed that most people aren't upset over tech companies’ use of their data as a commodity, given the platforms’ convenience and the fact that they’re free. Do you think this attitude may have been changed by healthcare emerging as a data pool, through tech companies like Amazon buying healthcare companies, for example? Could healthcare data put consumers over the edge on privacy?

A: I’ve always believed that once the public learns how its personal health information is being grabbed by online platforms, medical services companies, drugstores and pharmaceutical firms, a backlash would result. Patients rely on the Internet to communicate with doctors, research medical conditions and order drugs. Many Americans use connected devices that reveal personal health details. Also fuelling concern is the series of mergers and buyouts of medical services companies by Amazon, CVS and others. Despite what a company like Amazon may say about protecting health privacy, at its core it's a retailer that wants to sell you drugs and medical care along with detergent, music and movies.

Q: What’s likely to happen to national privacy legislation if the Republicans capture majorities in the House and Senate in the November elections?

A: If one or both houses flip to Republican control, it’s likely any new privacy legislation would favour the online data industry. Unless there’s a compromise, enough Democrats in a closely divided Senate would oppose a bill that doesn’t seriously protect consumers - and it would likely fail. – AP