One technology expert said to avoid getting spam calls, stop giving out your phone number. Kelso said even when people are giving their numbers to verified companies, there’s a chance that business is selling information to a third party, where they potentially can land on the dark web. — Dreamstime/TNS

The phone rings, but it’s an unknown number so you send it to voicemail. No sooner does the phone stop ringing than a different unknown number lights up on the screen.

By the end of the day, there are 14 calls in your inbox from unknown numbers. This continues for days, weeks, maybe even months.

“It gets to the point where I just want to throw my phone out the window,” said Teresa Goldizen.

Goldizen is one of many St. Joseph area residents who deal with an influx of spam calls. She said she gets calls as late as 9pm and is sometimes woken up by them. She said she wishes scammers would quit harassing people.

“I wish there was something that (the phone company) could do because sometimes I think my blood pressure rises because it makes me so mad that they call back-to-back like that,” Goldizen said.

One technology expert said to avoid getting spam calls, stop giving out your phone number. Burton Kelso is the chief tech expert at Integral, a computer service company. He said even when people are giving their numbers to verified companies, there’s a chance that business is selling information to a third party, where they potentially can land on the dark web.

“The challenge with smartphone phone numbers is that people are using them as their primary number and you get into the habit of giving that number out to everyone,” Kelso said. “And in the case of handing out your phone number to everyone, there is a good chance that your cellphone number will be leaked in a large-scale data breach.”

Shawn Kobzej also has been struggling with spam calls and said this is what happened to him a couple of months ago.

“I signed up for something one day, I don’t remember exactly what it was, but I just remember the next day that I got 13 or 14 spam calls,” Kobzej said. “My phone just wouldn’t stop ringing all day long and it was just terribly annoying.”

Along with not giving out personal numbers, Kelso said people can set up a second, free number through companies like WhatsApp or Google voice or talk to phone companies about programs to reduce robocalls. He said the do-not-call list works for reputable marketers, but cybercriminals find ways around the list and contact those numbers anyways.

Darren Doyle’s landline phone used to receive a lot of incoming spam calls, but now, he has a new problem.

“Those calls stopped and we’re getting random calls from other people that think we called them, and we’ve never called them,” Doyle said.

After phone numbers are in the hands of scammers, Kelso said cybercriminals can spoof, or mimic, numbers and use them to call people in that area, making the call seem more realistic. Doyle asked his phone company what he can do about this but hasn’t acted on anything yet.

“They said, of course, you can change your phone number, but I mean, we’re just not really in the place where we can do that,” Doyle said.

Kelso said the reason cybercriminals do this is to get victims to react.

“Ninety-nine percent of cybercrime requires user interaction,” Kelso said. “So, it’s not that criminals are going to be able to hack into your smartphone or mobile device, you have to be the person to click on the link or give out the information for criminals to take advantage of you.”

He said ways to recognise a spam call include a long pause before someone talks on the other end of the phone, if the caller has a foreign accent, if the caller claims they’re from the government or if the caller asks for personal information.

If you do fall victim to a scam, Kelso said to get identity theft protection and contact your bank and credit card companies and let them know your accounts are compromised. It also doesn’t hurt to contact law enforcement to inform officers of what scams are going around locally. – St. Joseph News-Press, Mo./Tribune News Service 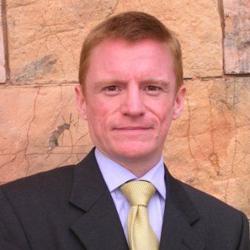