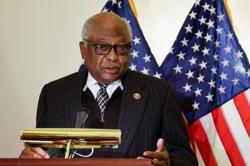 Following Mark’s instructions, she deposited the check into her bank account through an ATM instead of speaking to a teller. The swindle takes advantage of a vulnerability in America’s banking system, which sometimes makes funds from deposited checks available before they’re confirmed as genuine. — Image by Dragana_Gordic on Freepik

Only when it was too late did Christine Settingsgaard see the red flags festooning her online boyfriend.

He communicated by text messages and phone calls, never by video. He always had an excuse for why he couldn’t meet in person. And when he was supposedly called away to a remote job site, he said he couldn’t access his bank, which led to an urgent request.

Settingsgaard got a surprise, all right. The man she thought was Mark, an architectural engineer from Greece, was a catfisher. His entire persona was fake, and so was the check he used to trap her in an old but durable scam.

The swindle takes advantage of a vulnerability in America’s banking system, which sometimes makes funds from deposited checks available before they’re confirmed as genuine. Banks essentially advance the money to their customers, but when checks turn out to be fraudulent, customers must repay what they’ve spent.

Thousands of Americans are fleeced for millions of dollars each year through various permutations of the scam. Steve Baker, a former official in the Federal Trade Commission and investigator for the Better Business Bureau, has found that job seekers, business owners and even attorneys have been stung.

But it’s the lovelorn who account for the most heart-rending cases. Baker said some end up taking their own lives when they learn they’ve been duped.

“There’s a lot of emotional trauma,” he said. “If you think you could tell this is a scam, you couldn’t. These are professional, organised, worldwide criminal gangs that engage in this.”

In more than 200 screenshots shared with the Tribune, Settingsgaard showed how the man spent weeks setting her up, showering her with compliments, spinning elaborate plans for their future and courting her with a poem he said he wrote (it was, in fact, lifted from the Internet).

Barrington police are investigating, but Settingsgaard said her scammer, like many check fraud specialists, appears to be based overseas. Experts say such crooks are tough to catch.

“It’s a perfect storm in some ways,” said Kristofor Healey, a former international fraud investigator with the Department of Homeland Security. “There’s not really any concern that they’ll get arrested. It’s low risk, high return and they’ve gotten very adept with that.”

The deception began, as many deceptions do, on a dating app.

Settingsgaard came across Mark’s profile on Hinge, which showed a chestnut-haired, 30-something man with a five o’clock shadow and a disarming smile. She sent him a “like”, which he quickly reciprocated, and the match was made.

Hinge doesn’t perform background checks, relying on content moderators and automated review tools to search for fraud, though the company says it’s developing a face verification tool that will compare a selfie taken in the app to the person’s profile photos.

But Mark’s story didn’t raise any alarms with Settingsgaard: He said he was a widower from Greece working in the US, and that he had a five-year-old daughter named Hailey who was living with his sister, Kelsey, in Utah.

Their conversations soon moved off the app to texts, Facebook messages and phone calls. Mark had a hard-to-place accent Settingsgaard thought sounded European, along with a caring and solicitous manner.

“He was just very kind,” Settingsgaard said. “He actually asked questions and wanted to get to know me. I love working in my garden, and he took a general interest in it and was like, ‘Hey, I love those peonies you’ve got’. With the amount of time and effort this person put into it, I thought there’s no way this can be fake.”

About six weeks into their virtual relationship, Mark asked for help getting money to his sister to pay for his daughter’s care. Settingsgaard said she used PayPal to send the sister US$500 (RM2,318), which Mark repaid.

Then came the big one. Mark said he had received US$85,000 (RM394,060) for a job in Houston and wanted to send that to Kelsey, too. But he couldn’t get to his bank, he said, and fretted that an earlier transaction had the IRS snooping into his account.

His solution was to mail Settingsgaard a check, telling her to deposit it in her bank account and then wire the money to his sister. Ever the gentleman, he told her to keep US$3,000 (RM13,908), though Settingsgaard was uneasy with the arrangement.

“I’m tired and don’t understand and feel like I’m about to get arrested for money laundering or something,” she wrote.

“No babe lol,” he responded. “No money laundering, you won’t be arrested, I promise.”

The check, adorned with watermarks and a hologram, looked official, though Settingsgaard failed to notice it had been issued, inexplicably, by a church in Mesa, Arizona.

Following Mark’s instructions, she deposited the check into her bank account through an ATM instead of speaking to a teller. The next day, she said, she checked her account, saw the deposit reflected in her balance and wired the money.

The con was underway.

In the 1980s, Congress was awash in complaints that banks were taking too long to verify deposits, causing customers to bounce checks and rack up billions of dollars in penalties. Lawmakers responded by passing the Expedited Funds Availability Act.

The law put a deadline on when banks must make deposited money available to customers – it now stands at five days for nonlocal checks – despite industry complaints that some checks couldn’t be authenticated that quickly.

That’s still the case today, even though checks are turned into electronic images and processed over computer lines instead of through the mail. Aaron Klein, a Brookings Institution scholar and a former Treasury Department official, said numerous factors can stretch out the timeline.

And unlike debit card transactions, which are entirely automated, checks can still face human discernment. Cory Calkins, a security consultant for Central Christian Church in Mesa, said someone at its bank was suspicious of the check issued to Settingsgaard and called the church.

The bank rejected the check, but Settingsgaard had already wired the money to Kelsey’s account. She learned it hadn’t been funded only when her bank alerted her four days after the wire transfer that her account balance was a negative US$84,334 (RM390,972).

Settingsgaard sent a panicked message to Mark, who feigned ignorance. He continued to string her along with excuses and promises until she finally got a bizarre message from his Facebook account.

“This is Fiorani, E6 representative of the state Federal Bureau of Investigation,” the message said. “We hate to break this to you, Mrs. Settingsgaard, but none of the info of this person is real ... The perpetrator manages in stealing People’s info, opening bank accounts in their names and using their identity for laundering acts.”

The Facebook account went dark and the fog finally lifted. It was obvious “Fiorani” was a phony, just as Mark had been before him. Settingsgaard was left with a broken heart and a big debt.

“I have no money,” she told the Tribune last month. “If it weren’t for my friends and my neighbours, I couldn’t pay my mortgage. I can’t sleep. I can’t eat. And it’s the saddest for my kids because they just see me crying all the time.”

Barrington police would not release their report on Settingsgaard’s case, saying it was still under investigation, but Healey said local investigators face difficulties following money trails that can cross state lines and international boundaries.

“That path gets cold very quickly for a local detective,” he said.

Settingsgaard said her catfisher appears to be based in Nigeria: Aside from the fake check, the man also persuaded her to give him access to her cellphone account, saying he wanted to pay her monthly bill, and made expensive calls originating from the country (he also bought himself five iPhones).

After crooks disappear with the money in a check fraud scheme, the customer who made the deposit is held responsible for the loss. A Pennsylvania law firm, taken for almost US$200,000 (RM927,200) after wiring funds from a bogus check to someone posing as a client, argued in court this year that its bank should have verified the transaction, but a judge ruled the bank hadn’t violated its deposit agreement.

It could have been worse: Morgan McCord, a New York attorney who teaches legal colleagues about check scams, said he knows of a case in which a lawyer was defrauded out of US$10mil (RM46.36mil).

“That was his clients’ money and now he’s indebted to the bank,” he said. “There’s some real world consequences when people fall for these scams.”

Many customers cannot pay and the bank must eat the loss. The industry lost US$1.3bil (RM6.02bil) to check fraud in 2018, the latest year on record.

Still, there’s no push for systemic changes to prevent the scam. One industry official said 99% of checks turn out to be good, and that there is inevitable tension between combating fraud and ensuring that customers can get their money quickly.

And overall, the cost of check fraud is merely a blip in the big picture: American banks made US$279bil (RM1.29 trillion) in profits last year, according to the Federal Deposit Insurance Corporation.

Lauren Saunders, associate director of the US National Consumer Law Center, said banks do “a pretty abysmal job” educating customers about how checking accounts work. In the absence of industry or regulatory changes, she said, customers must rely on themselves to avoid getting burned.

“You need to be very precise with your bank and say, ‘Has the check settled?’” she said. “Not ‘Are the funds available?’ but ‘Has the check actually settled?’ If it’s an unusual check, I would definitely wait at least a week, and maybe two. And certainly anybody who asks you to deposit a check and then send the money on, that’s a red flag of a scam.”

Settingsgaard sparred with her bank for weeks about the debt, and said it took more than US$5,000 (RM23,180) from her accounts to pay it down. But after the Tribune made inquiries, the bank sent her an email offering to forgive the US$82,000 (RM380,152), return her money and remove any negative credit reporting. A spokesperson for the bank declined to comment.

That brought a rare happy ending to a check fraud case, at least as far as Settingsgaard’s money is concerned. Her psyche is a different matter.

“The detective told me people don’t go into a bank with a gun and rob them anymore,” she said. “They don’t steal phones off a shelf because it’s just way too easy to get caught. This is how people are stealing. It’s embarrassing, but it’s not like this was this guy’s first time – he was way too good. So if he did this to me, I can only imagine he’s doing it to somebody else right now.” – Chicago Tribune/Tribune News Service