The stock jumped 9% at the open after the company on Tuesday announced long-term plans for new games in its two core franchises, the Witcher and Cyberpunk, and a new original game.

It also launched a share buyback for up to 100 million zlotys ($21 million).

"We see the goals announced by the company as ambitious and their implementation will allow it to reach a new, much higher level," BDM brokerage analysts wrote.

They flagged risks related to shifting from CD Projekt's previous practice of focusing on one big-ticket game to developing several projects simultaneously.

CD Projekt released the first game in the Witcher medieval fantasy franchise in 2007 and added another with "Cyberpunk 2077" in late 2020.

"The announcement of the Witcher saga or a new IP gives hope for a more expansive development in the future than previously expected," Piotr Cieslak, managing director at Poland's Retail Investors' Association told Reuters in an email.

He noted that multiple, simultaneous projects would likely come with higher costs and shareholders would need to wait to see the impact.

The company has been hiring about 100 people a year in recent years.

Credit Suisse analysts noted that adding about 400 staff, as CD Projekt forms a new studio in North America, could increase development costs by 50% as it pays higher U.S. salaries.

"This could lead to some sizeable near-term profit reductions, in our view. The first positive impact on revenue might not be until 2026," they wrote.

The stock, which has lost around 40% of its value so far this year, trimmed earlier gains and was up around 6% as of 1349 GMT. 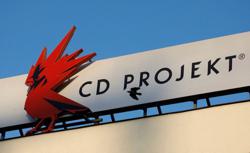 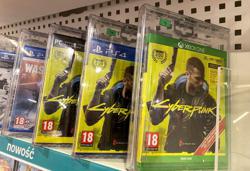