Eugene Lee Yang, Zach Kornfeld and Keith Habersberger — the remaining three members of popular YouTube comedians the Try Guys — have broken their silence on the firing of Ned Fulmer, who exited the group amid cheating allegations last week.

On Monday evening, the Try Guy personalities published a video statement addressing Fulmer's firing. In the 5½-minute video titled, "what happened," the trio sat on a couch and took turns providing a timeline of events to their fanbase.

"We just want you to know that we had no idea this was going on," Habersberger said, referring to infidelity that led to Fulmer's firing. "All of that information was just as shocking to us all as all of this has been for you this week."

After rumours about Fulmer began circulating last week on Reddit and Twitter, the Try Guys announced that they were no longer working with him. Shortly after that, Fulmer confirmed in social media statements that he had engaged in a "consensual workplace relationship," despite his marriage to wife Ariel Fulmer.

In the video, the team said they were alerted about Fulmer's romantic entanglement with another employee during Labour Day weekend. Yang explained that the team entered a three-week process working with "employment lawyers, corporate lawyers, HR, PR and more" to investigate the allegations against Fulmer.

Kornfeld said the Try Guys team worked to remove Fulmer from his work activities, pending the result of the internal review. They also removed Fulmer, who has referenced his marriage multiple times in previous videos, from "sections of videos" and "merch throws." He said several videos have been deemed "unreleasable" due to Fulmer's participation.

Habersberger condemned his former colleague's behaviour as "unbecoming of our team" and said the three of them reached the decision to give Fulmer the boot on Sept 16. However, they held off on releasing a statement, he said, out of respect of the privacy of all parties involved.

"We were obviously shocked and deeply hurt by all of this," Yang said. He added that the online speculation prompted last week's statement.

Yang asked viewers to remember that "the Internet has a tendency to be a lot harder towards women than men," and to "exercise kindness" amid the scandal.

"What we hope is that within this, there's also the opportunity for positive growth and better videos ahead, but it's gonna be hard," Kornfeld said toward the end of the video. "The whole thing is gonna be really (expletive) hard."

The Try Guys formed in 2014 when Fulmer, Habersberger, Kornfeld and Yang were working at BuzzFeed. They moved on in 2019 with their own YouTube channel, which now has almost 7.9 million followers. BuzzFeed said Tuesday that it has a financial stake in their production company, 2nd Try LLC. – Los Angeles Times/Tribune News Service 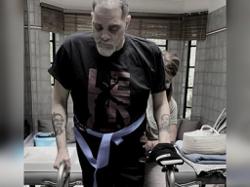 UK to fine tech companies that fail to remove self-harm material
Twitter CEO Musk says user signups at all-time high, touts features of "everything app"
Zelle users have been scammed out of thousands. How to avoid being targeted on money apps
Private chef stuns TikTok with US$3,500 grocery bill for 36 items. ‘Grossly out of touch’
Opinion: How Sam Bankman-Fried exploited the ‘effective altruism’�fad to get rich and con the world
Robot pets help these US seniors make friends
NYPD officers, bystander save man who fell on subway tracks
India regulator asks One 97 Communications unit to reapply for payment aggregator licence
Mercedes-Benz criticized for hiding fast acceleration behind paywall
Catfishing cosmonauts, scamming soldiers: Never fall in love online?