An iPhone plugged into a battery charger. Under the proposed rules, all phones and tablets sold in Europe will have to adapt products that don’t already feature a standard USB-C charger to use one by the fall of 2024. — AFP

Members of the European Parliament voted to force companies such as Apple Inc to adapt products that don’t already feature a standard USB-C charger to use one. This would include iPhones, in Apple’s case.

A total of 602 lawmakers voted for the plan on Tuesday, with 13 against, and eight abstaining.

The deal, provisionally agreed in June between the commission and the European Union’s 27 countries, still needs to get the final sign-off from the EU member states. The rules are likely to be written into law at the beginning of 2023.

Alex Agius Saliba, the lead negotiator in the European Parliament, held up a pile of power adapters when debating the final proposal in Strasbourg on Tuesday. “We are replacing this pile of chargers,” he said of the bundle, “with just this,” holding up a single USB-C cable.

The proposal originally angered Apple, which said it would reduce innovation. But the company is currently testing future iPhone models that replace its proprietary Lightning charging port with standard USB-C connector, Bloomberg reported in May. Current Apple laptops and iPad Pro models already use them, as do most popular Android smartphones.

Under the proposed rules, all phones and tablets sold in Europe will have to comply by the fall of 2024. Laptops will have longer to make the switch. The commission will also be able to set standards for wireless charging in the future.

The proposal was first made last year by the European Commission. It’s meant to cut down on environmental waste and save consumers an estimated €250mil (RM1.15bil) a year as they will no longer need to buy a different charger for each device, Commission Executive Vice President Margrethe Vestager told the parliament on Tuesday.

“The common charger will simplify the lives of Europeans,” said Vestager. “No more obsolete chargers piling up in drawers, reducing costs for European citizens.” – Bloomberg

One plug and done: EU to require common way to charge phones 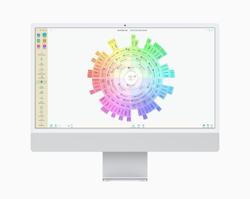