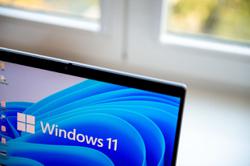 HANDOUT - Whether on a notebook or desktop PC: this is what the new Windows 11 start menu is going to look like. — Photo: Microsoft/dpa

MUNICH: Microsoft has begun distributing the first major feature update for Windows 11. Named 22H2, the update will be offered to users in 190 countries. Here are the most important innovations that the update brings.

- Start menu: Microsoft says the search function will be faster and more precise, and the display of current events in widgets improved.

- Focus sessions: This feature is aimed at minimising distractions when you’re working on something. When you start a Focus session Windows turns on Do Not Disturb, which silences notifications. It also turns off taskbar badges and application notifications.

Focus is also integrated into the Clock App where it offers a timer that supports concentration phases, but also reminds you to take breaks.

- Windows Studio: Under this label, Microsoft has gathered a number of new camera and audio features for optimal video and sound quality during video conferences or gaming.

These include Voice Focus, which filters out background noise, and Background Blur, which blurs the background during video calls.

There’s also Automatic Framing and Eye Contact, which are intended to help the user remain in the centre of the picture even if they move and to maintain eye contact.

Also new in the gaming window mode is Auto HDR, which optimises the display of games with normal contrast range (SDR).

- Android apps: Through its partnership with Amazon, Microsoft is now bringing the Amazon Appstore to international markets, bringing more than 20,000 Android apps and games to Windows 11 devices. This feature is currently running as a preview.

Windows is also now supposed to recognise when credentials are entered in potentially harmful applications or on compromised websites and will warn users.

In addition to what 22H2 brings, Microsoft has also announced a further update in October with yet more new features.

These will include being able to create tabs in File Explorer, and changes to the Start menu that will give users quick access to frequently and recently used files. It will also be possible to pin important files.

Other changes coming in the October update include changes to the Photo app to allow gallery views and a new button in the taskbar that will open a new taskbar on the desktop that displays all active apps.

You can find out whether your PC or notebook is ready for Windows 11 version 22H2 by going into the Settings on the Windows Update page.

You can also check under the Start menu by following the path Settings > Windows Update > Check for updates. – dpa

It's about to get roomy: Everything you need to know about Windows 11

Tech Q&A: Windows 11 not always to blame for browser or email problems 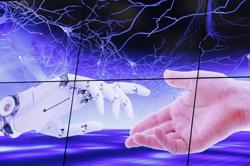