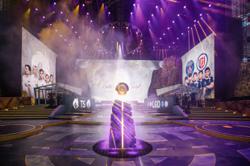 Listings on Carousell of tickets to Dota 2's The International 11 esport competition. — Screengrab from Carousell.sg

SINGAPORE: The excitement at Dota 2's prestigious The International (TI) 11 esport competition coming to South-east Asia for the first time was evident as tickets for the Oct 20-30 tournament in Singapore were snapped up within an hour of going on sale on Saturday (Aug 13).

But much to the dismay of fans, some of these tickets were bought by scalpers who marked up ticket prices by more than 10 times.

Tickets cost S$88 (RM285) for a single day of the play-off rounds and S$498 (RM1,612) for the two-day grand finals, which are held at Suntec and the Singapore Indoor Stadium respectively.

While there are no specific laws against scalping, lawyer Chia Boon Teck from Chia Wong Chambers said scalpers may be found guilty of committing other offences.

He said: “A scalper may be liable for cheating if they deceive the vendors into selling them tickets. For example, by using false identities to purchase multiple tickets or giving a false representation that the tickets would not be resold.

“There may also be Computer Misuse Act offences if software is used to facilitate their offences. For example, using bots to automatically make multiple purchases using false identities.”

To combat the issue, Chia said that consumers can avoid purchasing third-party tickets, while event organisers can implement systems to detect resold tickets and refuse entry to those who present them.

He also cited how certain countries enact specific anti-scalping laws. One such country is the United States, which introduced the Stopping Grinch Bots Act in November last year to make the use of bots to perpetrate scalping illegal.

In response to queries, Ticketmaster Singapore, the event’s ticket provider and one of the Sports Hub’s ticketing partners, stressed that it has taken steps to ensure the “the best possible and fairest experience for fans”.

These include various verification methods on the platform.

For example, a unique mobile number and email address is required to create an account and the account has to be verified through an SMS code before fans can proceed to buy tickets.

The platform also uses captcha – a computer program or system which can tell the difference between human and machine input – to prevent scalpers from using bots to bulk purchase tickets.

The ticketing and marketing services provider also sets ticket limits, which in this case was five tickets per transaction.

A Ticketmaster Singapore spokesman also urged fans to get tickets from authorised agents such as itself, adding: “The inherent risk of purchasing unverified tickets is that the venue cannot guarantee the validity of tickets sold through unauthorised third parties as there are some instances where tickets are falsified or duplicated and resold multiple times.”

While esports fan Jeremy Teo managed to get tickets from a friend after he was unable to purchase them last Saturday (Aug 13), he felt that more can be done to clamp down on scalping.

For fans like Teo, the staging of the annual tournament here is a rare opportunity to catch one of the world’s biggest esports competition live.

Since the first edition in 2011, TI has been held in Europe, the United States, Canada and China.

University student Teo, 27, said: “Usually if you want to watch TI you’ve got to pay for flights to another country and accommodation. The fact that it’s happening here on our home turf is quite hard an opportunity to pass up.”

Having played and watched Dota for over 15 years, Adri Abu Bakar, 32, had wanted the chance to attend the event in person, although he was not surprised at being unable to get tickets given Dota’s popularity in the region.

He had tried purchasing two tickets for the play-offs, but will be watching the tournament online and is intending to catch the finals at someone's house or at a live screening.

The research engineer said: “The atmosphere at live events for professional gaming is quite interesting. I would also want to get merchandise and meet streamers and personalities.” – The Straits Times (Singapore)/Asia News Network

Dota 2’s The International coming to Singapore this October 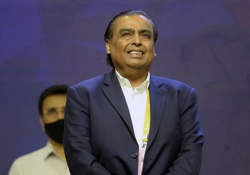