By Jef Feeley and Kurt Wagner Musk contends the social media company isn’t producing the names of employees specifically responsible for evaluating how much of Twitter’s customer base is made up of spam and robot accounts, said sources. — AFP

Elon Musk is accusing Twitter Inc of hiding key witnesses in their legal battle over whether he must consummate a US$44bil (RM195.66bil) buyout of the company, according to people familiar with the allegations.

Musk contends the social media company isn’t producing the names of employees specifically responsible for evaluating how much of Twitter’s customer base is made up of spam and robot accounts, said the people, who asked not to be identified because they weren’t authorised to speak publicly about the matter.

Musk’s lawyers have asked the judge in the case to force Twitter to identify the workers so the defence can get their records and question them, the people said.

A letter asking Delaware Chancery Court Judge Kathaleen St. J. McCormick to compel Twitter to hand over the names was filed Tuesday under seal. Under the court’s rules, Twitter’s attorneys have five business days to decide what should be redacted from the filing as proprietary information.

The letter comes as the Tesla Inc co-founder said Tuesday he is selling US$6.9bil (RM30.68bil) of Tesla shares to avoid a sudden sale in the event he is forced to go ahead with the deal to acquire Twitter. That has prompted some analysts to predict the billionaire may settle the case.

So far Twitter has handed over the names of “records custodians”, who aren’t as familiar with the data at issue, the people said. Musk wants McCormick to force Twitter to come up with the names of the employees charged with monitoring those accounts, they said.

Both sides have issued a torrent of subpoenas to banks, investors and lawyers involved in the teetering transaction as they seek ammunition for an Oct 17 trial.

“It’s another salvo in the discovery wars that are common in this kind of litigation,” said Carl Tobias, a University of Richmond law professor who specialises in securities and merger and acquisition law. “Both sides are jockeying for position by targeting different information.”

War of the bots

Twitter’s lawyers say they’ll need only four days in court to prove Musk is using questions about spam and bot accounts as a pretext to walk away from the deal. The company said it has turned over all its information about those accounts and that it intends to make Musk pay the US$54.20 (RM241) per share he originally agreed to.

Musk counters in court filings that Twitter’s handover of the that material hasn’t been robust and that the company has failed to produce evidence that spam bots account for fewer than 5% of its active users, as it has said in regulatory filings. He argues this gives him a legitimate basis for canceling the buyout.

He alleges Twitter’s disclosures show that the actual number of monetizable daily active users, or mDAU as the industry calls it, is 65 million less than the 238 million Twitter has claimed. He says Twitter also misrepresents how many of those users view advertising, the company’s main source of revenue. By his estimate, fewer than 16 million users see the majority of ads and should be counted as monetizable. – Bloomberg

Opinion: Buyer’s remorse isn’t an out for Elon Musk 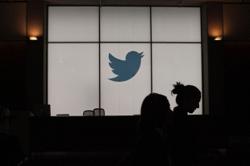