On Aug 1, Errol Musk, the patriarch of the Musk family who gave to the world Elon, expressed his disapproval with his most famous offspring. — AFP

Elon Musk has it all: billions of dollars, a legion of adoring fans, enough children to field a baseball team. What he doesn’t have, it appears, is the approval of his father. To that we say: join the club!

On Monday, Aug 1, Errol Musk, the patriarch of the Musk family who gave to the world Elon, his brother and hat enthusiast Kimbal, and – new character alert! – someone named Tosca Musk, their sister who apparently founded a streaming service dedicated to romance films, expressed his disapproval with his most famous offspring.

Errol called into an Australian radio programme called The Kyle & Jackie O Show on Monday morning. When Jackie O asked if he was proud of his son, Errol replied: “No. You know, we are a family that have been doing a lot of things for a long time, it’s not as if we suddenly started doing something.”

Everyone is, in some way, a disappointment to their father, but consider what Errol the elder Musk is also known for: (maybe) once co-owning an emerald mine in Zambia, killing three people in self defence, and fathering two children with his stepdaughter. He sure is “doing something”.

To make matters more embarrassing for Elon, his father referred to his younger brother, Kimbal, as his “pride and joy”, in the interview. The restaurateur does wear the hell out of a cowboy hat, but that certainly doesn’t take the sting out his assertion that Elon is falling behind as an entrepreneur. The Twitter sale has turned into a lawsuit, his car factories are losing money, and his tunnels haven’t solved traffic yet, but c’mon dad.

“He is frustrated with progress and it’s understandable,” Errol said, of his firstborn. “I know it sounds crazy, but we tend to think like that as a family. He’s 50 now and I still think of him as a little boy. But he’s 50, I mean that’s an old man.”

That’s extremely funny, in infantilising the richest man on the planet, but we draw a line in the sand at body-shaming. Errol, likely spurned on by the recent pictures of his son in swim trunks doing something in Mykonos (must be nice), went on to say that he suggested that Elon take diet pills.

“Elon is very strongly built but he’s been eating badly,” he said. Yikes. When it comes to hating, UGK summed it up thusly back in 1996: “The (expletive) from your own city / Your little town or whatever, you know what I’m sayin’ / Them be the worst ones.”

Tunnels, electric cars, bullet trains, rocket ships... what can we say? The man loves transportation. Add to that list his own airport, as Musk apparently has plans to build one east of Austin in Bastrop. It’s not the most ringing endorsement of Austin-Bergstrom, our little airport that could be a nightmare.

ALSO READ: Elon Musk abandoned plans for a four-mile tunnel at US airport. Locals are picking it up

It makes sense, if you think about it. Two of Musk’s companies, Boring and Tesla, are headquartered in Central Texas, and SpaceX has a presence in South Texas. So between here and Mykonos (callback!), Musk is hopping on the private jet a ton. Still though, ABIA is just five miles from Giga Texas and the Boring Company’s headquarters on Impact Way in Pflugerville is even closer to Austin Executive Airport. Geez, Elon, what are you trying to say?

Speaking of Texas – the state’s official segue – the man loves Texas so much that his electric car company, Tesla, applied for a trademark recently that includes an outline of the state and the words “Cyber Roundup” inside. No one has figured out what this means yet, but it sounds pretty menacing. Is he going to round us – me – up and make us pay for doubting him? Is Musk channeling 2006 and starting a blog? Is he merely stealing yee-haw valour? Stay tuned to find out. – San Antonio Express-News/Tribune News Service 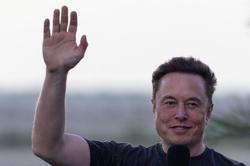 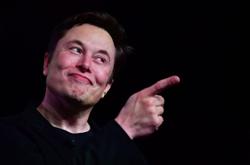