‘Epara’ enthusiast Shunya Hatakeyama practices video games at his home in Shiwa, Iwate Prefecture. Hatakeyama has muscular dystrophy so uses his chin to launch devastating combos. He is not the only Japanese gamer proving that disability is no barrier in eSports. — AFP

TOKYO: Street Fighter player Shunya Hatakeyama has muscular dystrophy, so he uses his chin to launch devastating combos. He is not the only Japanese gamer proving that disability is no barrier in eSports.

Naoya Kitamura, who is blind and relies on sound to play beat ‘em up game Tekken 7, also hopes that his skills in a billion-dollar industry will help make society more open-minded.

“I’ll block a move and the sound it makes will tell me what kind of move it was,” Kitamura said.

“Then I’ll react and make my move,” he told AFP, demonstrating a dizzying attack with Tekken character Lucky Chloe. Kitamura poses for a photo with a headphone during ‘ePara Carnival’, an event to promote esports for disabled people, in Tokyo. — AFP

Competitive gaming is booming worldwide, with global eSports revenues estimated at more than US$1bil (RM4.45bil), and many think it could one day be at the Olympics.

The sector is not as big in Japan as in eSports-crazy China and South Korea, but it is gradually starting to take root.

Keen to offer Japanese gamers with disabilities a chance to be part of the action, social welfare worker Daiki Kato founded a company called ePara in 2016.

Kato’s firm employs players such as Hatakeyama and Kitamura, who are both 28, and gives them time to practise around their other duties, which include working on the company’s website and helping organise gaming events. 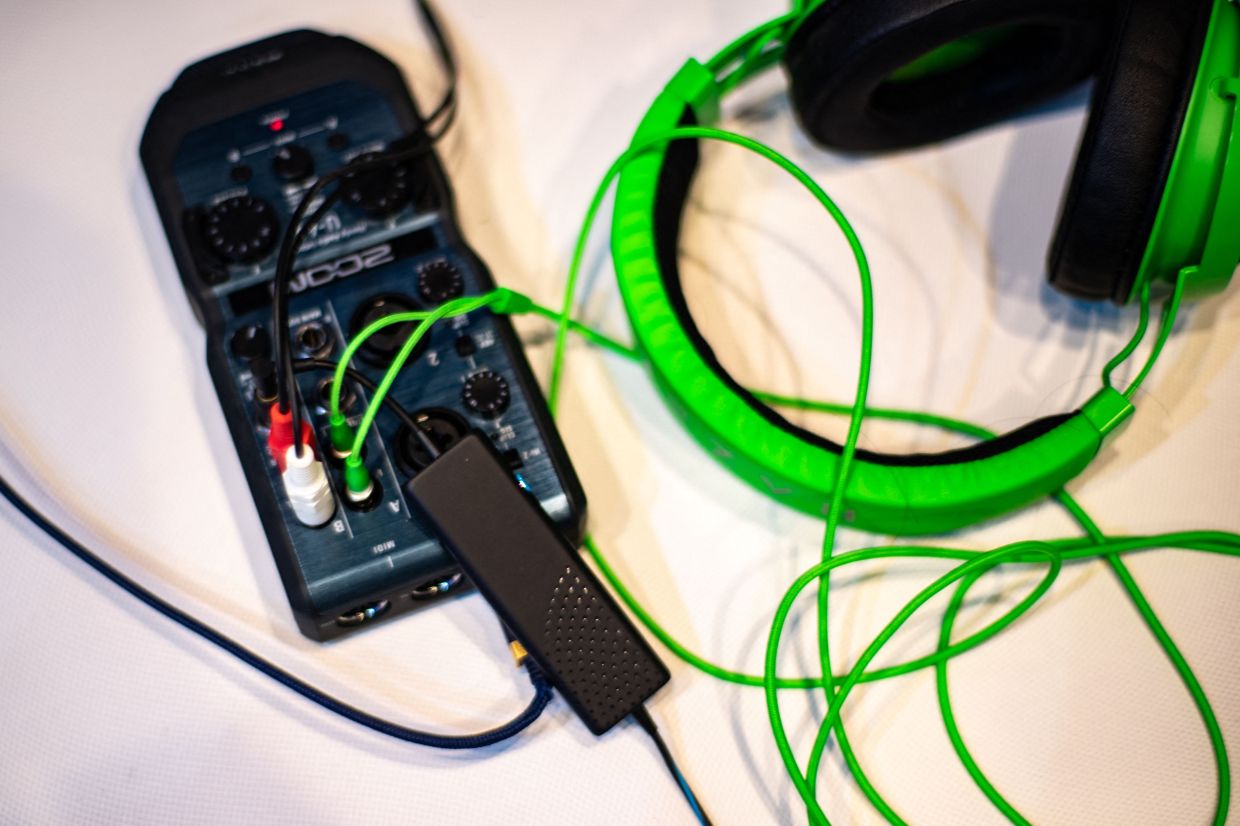 Audio devices for blind esport player Naoya Kitamura, as he plays a video game during ‘ePara Carnival’, an event to promote esports for disabled people, in Tokyo. — AFP

Hatakeyama mostly enters Street Fighter V tournaments that are open to anyone – disabled or non-disabled – and says the beauty of fighting games is that “you can overcome handicaps and compete against different people”.

“When I play in a tournament I don’t want my disability to be an issue,” he said.

“I want to move people with the way I play.”

Hatakeyama was born with degenerative muscular dystrophy and has used a wheelchair since he was about six years old.

He has always loved fighting games, but over the years his muscles weakened so much that he could not hold a controller. 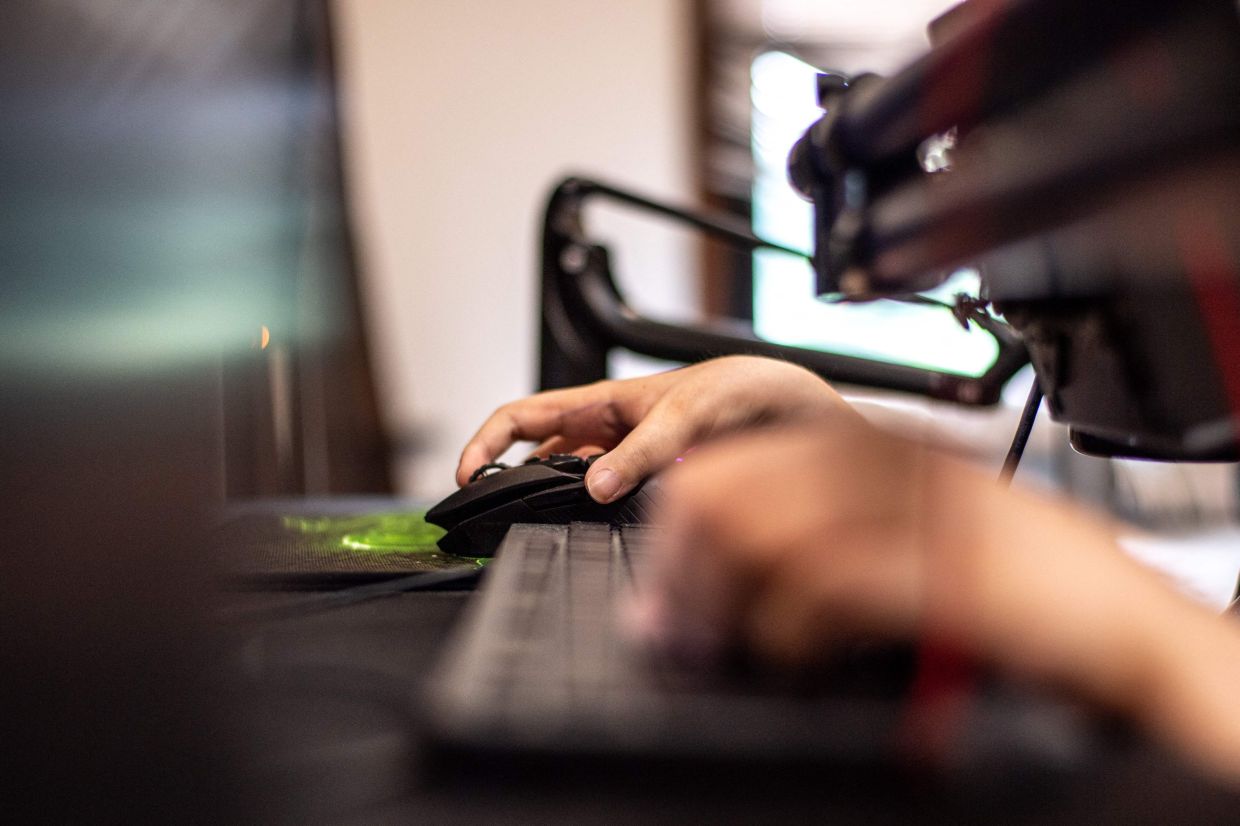 Depressed, he quit playing for six years until he and a friend decided last year to design and make a custom controller that he could operate with his chin.

Using his fingers to press buttons on his computer keyboard, Hatakeyama says he quickly got back into the groove.

Now he also coaches other players with disabilities, talking them through complicated combos and offering tips on different characters.

“If I had never played fighting games, I don’t think I would try to find solutions whenever I encountered something difficult,” he said.

Many of ePara’s gamers are new to eSports and do not have much experience of competing in tournaments. 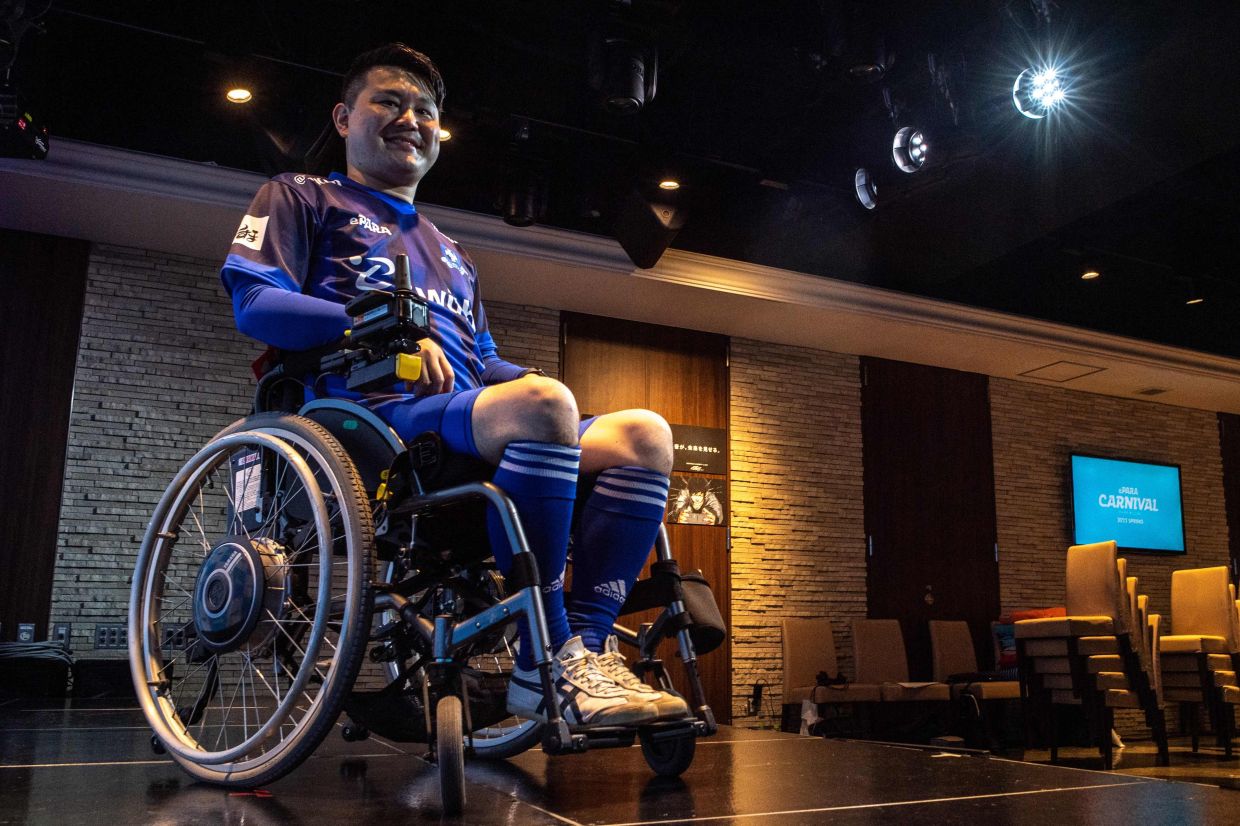 Esport player Masaru Torigoe poses for a photo during ‘ePara Carnival’, an event to promote esports for disabled people, in Tokyo. — AFP

Company chief Kato believes there is a growing market for gamers with disabilities and he thinks manufacturers will start to sit up and take notice.

“If you have more people with hearing impairments or visual impairments playing games, game manufacturers will react by making more games that they can play,” he said.

Kato wants to use eSports to showcase the talents of people with disabilities, saying many people in Japan “don’t have much chance to interact” with them.

Kitamura, who has microphthalmos and has been blind since birth, says eSports can help change the perception that people with disabilities “just need assistance”.

“I’m really good with computers and I can do a lot more than some people who can see can do,” he said.

“It’s not just about being helped – depending on the circumstances, we can help people out too. It’s about cooperation.”

Kitamura thinks the term eSports itself also helps, projecting the image of serious competition rather than “just people playing games”.

The Southeast Asian Games have featured eSports medal events and they will also appear at next year’s pandemic-delayed Asian Games.

Many believe that the Olympics and Paralympics will follow suit but Kato says there is “no need to distinguish between people with or without disabilities in eSports”.

“That’s one interesting thing about it,” he said.

“Whether you’re in a wheelchair or not, it’s the same rules and the same competitions.” – AFP

Subscribe now to our Premium Plan for an ad-free and unlimited reading experience!
eSports Japan