Woolite made it to the European stage twice, but both times it was over before long. — Riot Games/dpa

BERLIN: After years in regional leagues, Kristian “TynX” Hansen finally took to the LEC stage in 2021. “It feels so f*****g good to be here,” he says at the start of Europe’s League of Legends championship.

He wants to prove himself in the European League of Legends scene and have a lengthy career in this massive esports arena.

But the dream is quickly shattered.

His time in LEC ends after just one season. After being kicked out, he felt terrible, he says. And he is not alone. 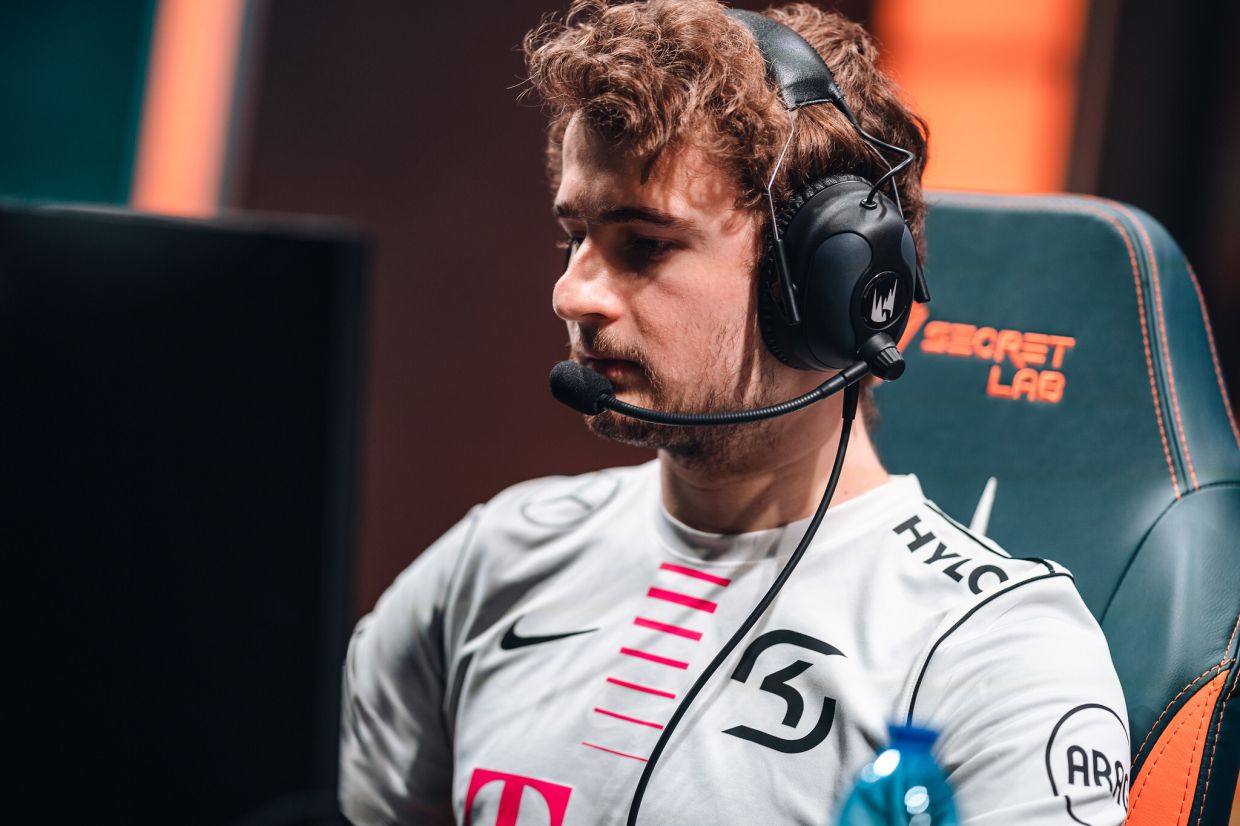 Younger player TynX played for SK Gaming in the LoL LEC for one season in 2021. — Riot Games/dpa

Young talents usually work for years to get one of the 50 coveted spots in the LEC teams. There they have the opportunity to compete with the best, to improve themselves and, above all, to qualify for the World Championships.

But for many newcomers, the LEC dream ends after just one season. One of them is TynX.

The 23-year-old Danish player had what has become the typical rookie career. He first attracted attention in 2020 with his performance at the European Masters tournament and was acquired by the German organisation SK Gaming for the LEC at the beginning of 2021.

Open arms, then a sudden boot

“I knew the coach on SK, we worked together before,” TynX tells dpa. SK had brought four new players on board at the end of 2020. That strategy appeared to work and the team made it into the playoffs, finishing sixth.

Despite the comparatively good result, TynX was dismissed by SK after one season. “It was a bit of a shock,” he says, “especially because we were playing better than we were expected to.” Europe’s League of Legends championship LEC can have audiences of more than half a million online and offline viewers for high-profile matches. — Riot Games/dpa

The explanation for the sacking, he says, was very vague. After being praised for his development after the playoffs, he says he was told after four days in training for next season that it wasn’t working out after all.

“I wasn’t really in a mindset to challenge their opinion, so the conversation ended quite quickly.”

TynX is particularly critical of the management. “Usually you want to give your players a decent time window so they can find something else.” For him, however, it was communicated too late to find an alternative for the summer, he said.

For its part, the management of SK said TynX simply did not adapt quickly enough to the changing game and his performance declined over the course of the season, says Alexander Müller, Managing Director.

This was also discussed with him very clearly. He was given homework for the break: “He should work relatively hard on his game so as not to lose touch,” says Müller. “But his style of play was unfortunately still not on par with the competition after the break.”

A dynamic had then also developed in the team, which the management had not been able to stop. “The entire team made it clear relatively quickly that they wanted another solution. And we then also openly communicated to him that the journey into the summer split as a starter would not continue,” says Müller.

A change between spring and summer is also far from ideal for the organisation, he adds. “You want to avoid that at all costs,” says Müller. The fact that TynX could not switch to another top team was due to its performance, he says.

LEC: Management of rookies ‘not good’

Several LEC players have experienced the same fate as TynX in the past. Paweł “Woolite” Pruski had already played in the LEC’s predecessor league, the EU LCS, in 2014. But when he made it back to the LEC in the summer of 2019, he too was replaced after a split.

“It was a pretty hard time for me,” he says. “I had no motivation,” the 26-year-old Polish player told dpa. “For two weeks I was at home doing nothing, only thinking about how I just got to the LEC and now I had to go through the whole process again.” 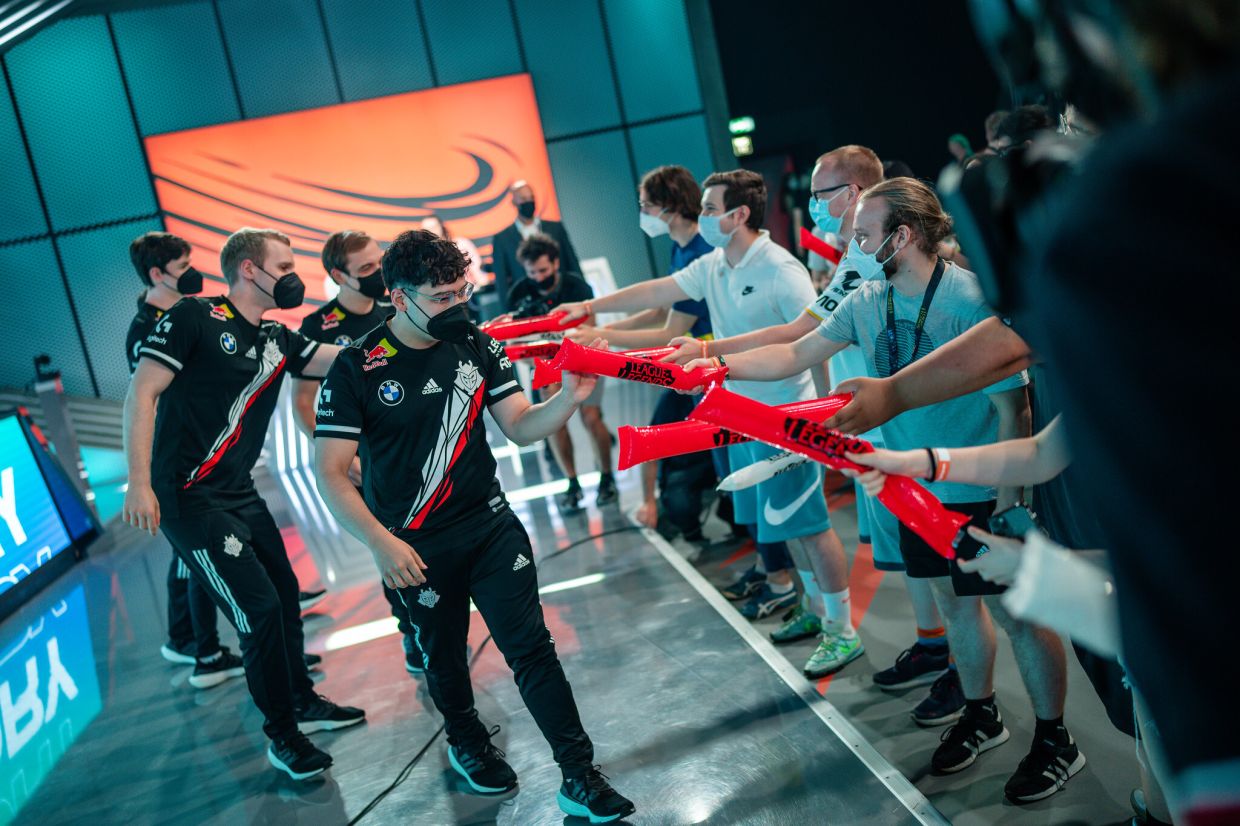 The League of Legends European Championship LEC is well known for having some of the youngest star players in esports. Teams often snap up rookies - and yet many are failing after just one season in play. The players themselves do not seem to be the problem. — Riot Games/dpa

Time and again, LEC teams fail at the task of integrating newcomers. Yet it’s not always down to the players, but also the structures. “It seems like every other rookie that joins any other team kind of crumbles,” says Tynx. “That is a bit sad to see.”

This is what happened to Germany’s Steven “Reeker” Chen, who had to leave MAD Lions after one season. This was not so much because of a “wrong” player, but because of the coaching staff’s poor handling of the team, Till Werdermann, MAD’s Director of Team Operations, admitted in an interview with Inven Global.

For TynX and Woolite, one of the biggest problems is expectations.

“Teams don’t really do a good job at managing rookies,” says Woolite. They wanted results quickly, but had no patience. The risk with rookie players is there, he says, but teams assume it will work anyway.

“That hurts the rookies in the long term really badly,” says Woolite.

Long-time LEC player Andrei “Odoamne” Pascu of Rogue also expressed concerns in an interview with Dot Esports. Instead of giving young talent time to develop, he said, teams would keep swapping players and then expect different results – which would ultimately have a negative impact on the quality of the league.

“It puts an insane mental strain on players,” says Woolite. “You are put in the situation that you can be replaced in any moment if you start slacking.” This, he says, leads to many players overexerting themselves, often burning out before things really count. “In League of Legends you can just disappear in a moment if you don’t adapt,” Woolite says.

The hurdles to returning

Re-entry into the LEC is also often difficult for up-and-coming players, who have to prove themselves all over again. “If you do look at it historically, there hasn’t been the greatest success rate,” TynX says, looking at the chances of a comeback.

This is also due to the fact that dropped players tend to have a bad reputation. Teams would then rather go for a new player without LEC experience. “It’s extremely hard to get noticed again,” says Woolite.

In the meantime, both players have found places in the regional leagues. Woolite has been under contract with Misfits Premier in the French league since the end of 2020. TynX has been playing for the MAD Lions junior team in Spain since May.

His goals would not have changed after finishing in the LEC: “It would be really cool to attend (a world championship).”

Because even if the regional leagues are becoming increasingly professional and attractive, in the end the ultimate goal always remains, especially for the young players: the LEC and the chance of an international stage at the World Cup.

And TynX is sure of one thing: “If you are a good player, you will make it back.” – dpa

Tencent gets respite from crackdown with ‘League Of Legends’ hits