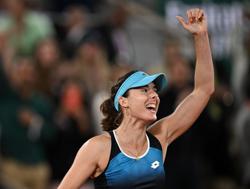 Team Vitality has announced a stellar line-up of esports players for the upcoming season of the League of Legends European Championship (LEC).

"In League of Legends, we have a bad history [...]. The first step was to secure star players," says Vitality's e-sports director Fabien "Neo" Devide in an interview with dpa.

"We wanted to be open and proactive in the market in case an opportunity arose. That's what happened with Perkz when [his team] Cloud9 came forward."

The French team Vitality had finished last in the LEC's last spring season, and only just made the playoffs in the summer.

In addition to Perkz and Alphari, Botlaner Matyas "Carzzy" Orsag joins the team as a newcomer, having left MAD Lions at the end of his contract after two years, including LEC titles. Oskar "Selfmade" Boderek and Labros "Labrov" Papoutsakis remain with the team.

Previous super teams have broken down due to the pressure to succeed, as was the case with G2 Esports after signing Martin "Rekkles" Larsson.

"I think it's about managing the egos," Perkz says. "The personalities on the team they do have to kind of fit. [...] I think we do have this on this team."

In North America, where he had played one year for Cloud9, the 23-year-old Croatian says he was not comfortable. "I wanted to be closer to my family and my friends, [...] because going to LA and going to Berlin is not the same."

"The way people approached criticism or feedback was also very different," he says. "In North America it felt harder to use my skill set as a player."

"What I saw and I wanted to do was not the same in my team, and that was just really paining me from the inside out, even though I was trying to hide it and lie to myself that it's gonna be alright," he says.

The fact that Vitality pays transfer fees and salaries in the millions for the team makes Perkz think back to the old days.

"I couldn't even dream [of] the money I'm getting these years. I had to pick pennies on the floor to buy myself some candy at the store, so I’m very honoured and humbled."

Exactly how much Perkz will earn in the new team remains a secret. According to reports, he was earning more than US$2mil (RM8.42mil) dollars a year at Cloud9. – dpa

eSports: Eyes on the prize 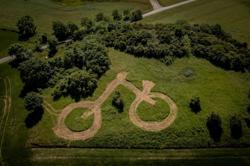