The app will also connect users with others facing the same issues to seek community support. A telehealth feature for user to talk to doctors privately is expected to be launched later. — Mobile user photo created by katemangostar - www.freepik.com

HeHealth is an STD detection app with a built-in penis-checking AI tool that allows users to anonymously submit photos and get instant results indicating possible concerns. The app will inform users that by providing them with results based on its AI analysis, they will be better empowered with information.

In a press statement, the company claims that the app can also detect rare conditions such as cancer. The app will also connect users with others facing the same issues to seek community support. A telehealth feature for users to talk to doctors privately is expected to be launched later.

Prior to its official launch, the company says that it operated a live testing period for 18 months and performed over 1,000 analyses for users with results that have also been verified by doctors.

Yudara Kularathne, the CEO and co-founder of HeHealth, says the app was designed to make STD screenings “easy, comfortable and efficient”. He adds that STDs are heavily associated with stigma, leading most patients to seek information discreetly such as relying on crowd diagnosis or asking other users on social media.

He also cited concerns that patients may end up with unreliable and inaccurate information.

“When misinformation happens, STD patients often experience delays in testing and treatment or do not get necessary health care as a whole which worsens the livelihoods of STD patients,” he says, adding that the company hopes to normalise STD screening to encourage patients to seek professional diagnosis and treatment.

According to information on the MyHealth portal, doctors may perform blood, urine or swab tests to check for STDs.

In terms of data privacy, the company in its FAQ claims that it does not collect any personally identifiable information such as names, phone numbers and email addresses. Users are required to create an anonymous account so they can keep track of their screening and posting history on the app.

HeHealth is currently offering free STD screening through the app which is available for download on Google Play and Apple App Store.

Disneyland car finder helps you remember where you parked 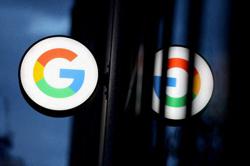