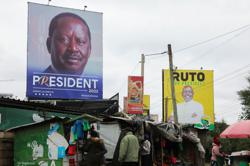 A researcher browses an Internet site with a job offer for a United Nations agency that has been flagged as a scam in Nairobi on June 30, 2022. A report by Code for Africa revealed that in 2020 – when job losses soared during the Covid-19 pandemic – 33 scam recruitment Facebook accounts, groups and pages with more than 184,000 followers targeted people in Kenya, requiring them to send about 350 Kenyan shillings (US$3) before placements that never materialised. — AFP

NAIROBI: From careers in banking to roles in globe-spanning agencies, social media in Africa is awash with lucrative job offers.

But investigators with AFP Fact Check have found that many of these ads are bogus – they are scams designed to extract cash or steal personal data.

Fresh out of college in Kenya – a country with more than 1.6 million young unemployed – Job Mwangi believed he had been shortlisted for field assistant at the United Nations Environment Programme (UNEP), a position advertised on LinkedIn.

After passing two online tests, he was asked to pay 2,000 Kenyan shillings (RM75) in “facilitation fees” in order to secure an interview.

“Everything about the job posting seemed legit,” Mwangi told AFP Fact Check in an interview.

“I was asked to pay 1,000 Kenyan shillings (RM37) for medical and radiology tests... but the tests didn’t happen since I was told that they would be done at the UN offices on interview day.”

A shuttle bus that was supposed to transfer Mwangi and more than 30 other job-seekers to the UN office never showed up.

“We waited for about one hour for the UN bus but it did not arrive, so we decided to take a bus on our own.

“On arrival at the gate, we mentioned that we had been invited for interviews with UNEP and the security officers manning the gate laughed at us, telling us that we’d been scammed.”

Mwangi filed a police report but says he has heard nothing since.

“The United Nations Environment Programme does not charge a fee at any stage of its recruitment process (application, interview, processing, training) or other fees, or request information on applicants’ bank accounts,” UNEP says on its website. A researcher gestures towards a ‘Fake Alert’ posted on a fictious Kenya Government job offer on the Internet in Nairobi on June 30, 2022. Syndicates behind these scams rely on the desperation of job seekers who fail to double-check the authenticity of job postings and send money without hesitation to secure employment, said Kenyan cybersecurity expert Anthony Muiyuro. — AFP

Many of the pitches have the same telltale signs: they have short deadlines, promise high salaries and often include a hyperlink to an external online platform requesting personal information.

Scammers also use logos of reputable organisations and companies to lend credibility to spoof emails.

Code for Africa, a data journalism and civic technology initiative, found that in 2020 – when job losses soared during the Covid-19 pandemic – some 30 Facebook accounts, groups and pages with over 184,000 followers targeted unsuspecting job hunters in Kenya with sham ads.

Analysts say those behind these scams rely on the desperation of job seekers, who often fail to check whether the postings are genuine.

Many of these applicants send money without hesitation, hoping this will help them in the race to get the position.

LinkedIn said it was investing in ways to tackle the problem.

“Our teams use automated and manual defences to detect and address fake accounts or suspected scams. We also encourage members to report anything that doesn’t seem right so we can investigate,” the company told AFP Fact Check.

Other countries targeted in Africa include Nigeria, the continent’s most populous nation, where more than 23 million are unemployed.

Victims include Ayobambo Taiwo, a 29-year-old from the southern state of Ondo who lost her job in 2020 during the Covid-19 pandemic.

She spotted a vacancy with the Nigerian Customs Service, advertised on Facebook, and jumped at the chance.

She said she paid 25,000 naira (RM260) to a purported customs agent to secure employment.

“The man demanded an additional 92,000 naira (RM960) for training kits, which I told him I couldn’t afford. When he asked me how much I had, I sensed foul play and told him to refund my money but he stopped picking up my calls since then.”

Job cons are a frequent hazard in South Africa, whose unemployment rate is the highest on the continent – more than a third of its labour force are without work.

Bogus adverts there typically claim to offer relatively good, entry-level wages of up to 10,000 rand (RM2,599) and do not ask for qualifications.

Lockdowns imposed during the coronavirus pandemic, which caused many Africans to be thrown onto the job market, made for especially rich pickings.

AFP Fact Check debunked dozens of false job claims in Kenya, Nigeria and South Africa at the peak of the crisis.

In the anonymous, shadowy world of job scamming, thieves stand a good chance of getting away with their crime.

Kenyan police last year arrested four suspects for allegedly swindling victims out of millions of shillings with fake offers from the Teachers Service Commission (TSC) – a major human-resources agency in the education sector.

The suspects, thought to belong to a crime ring, had opened several fake Facebook accounts in the name of TSC chief executive Nancy Macharia, and duped people into forking over fees in exchange for jobs that didn’t exist.

Watchdogs say a common ploy is to get the job-seeker to fill out forms giving personal information – a clear opportunity for blackmail or identity theft.

Muiyuro advises simple but thorough precautions: check the official organisation or company website or LinkedIn page to verify the job opening, “or reach out to friends or acquaintances who work in the organisation.” – AFP 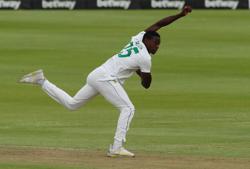