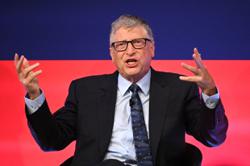 They were promised as much as S$5,000 (RM15,467) for each bank account sold and/or S$400 (RM1,237) for each set of Singpass credentials sold. However, most of them did not receive the promised fees. — Person photo created by rawpixel.com - www.freepik.com

SINGAPORE: Thirty-five men and four women, aged between 16 and 65, have been arrested for suspected involvement in job scams and phishing scams involving Singapore Bicentennial commemorative notes, the police said on Sunday (Nov 28).

This was after an islandwide police operation from Nov 22 to 26 that saw a total of 113 individuals investigated for their involvement in over 900 jobs scams and phishing scams that led to more than S$20mil (RM61.87mil) in losses.

Investigations against the remaining 74 individuals are ongoing.

Some suspects allegedly sold their bank accounts or relinquished their Singpass credentials to criminal syndicates.

They were also found to have allegedly rented out their bank accounts to scammers or assisted them in carrying out bank transfers and withdrawals.

“We would like to caution jobseekers to be wary of job advertisements that promise the convenience of working from home and an unreasonably high salary for relatively easy job responsibilities,” said the police.

It added that in job scams, victims would chance upon job advertisements offering quick cash on social media platforms and chat applications.

The job would require victims to order items from online platforms to improve its sales volume. They would then be made to pay for the items via funds transfer to various bank accounts.

At the initial stage, victims would receive a payment on top of a well-paid commission. However, when the scam progressed to a point where victims had spent large sums on their orders, their job contact would become uncontactable.

When victims clicked the link, they would be redirected to fraudulent websites resembling the homepage of a purported bank’s Internet banking website and would then be tricked into providing their Internet banking credentials.

Victims would only realise they had been scammed when they discovered unauthorised transfers of monies out of their bank accounts.

“To avoid becoming involved in money laundering activities, members of the public should always reject request of using their personal bank accounts to receive and transfer money for others,” said the police.

The offence of cheating carries an imprisonment term of up to three years and a fine.

The offence of facilitating unauthorised access to computer material carries an imprisonment term not exceeding two years, a fine, or both for first-time offenders.

Those who carry out an unlicensed business of providing payment service may be jailed for up to three years and fined up to S$125,000 (RM386,689), or both. – The Straits Times (Singapore)/Asia News Network 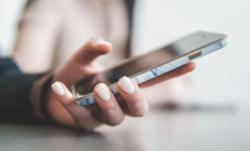 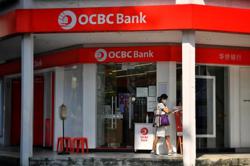