What is the right age for a kid to get a cellphone? 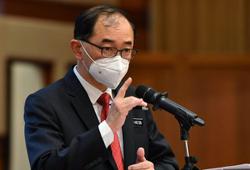 According to experts at Common Sense Media, it is unlikely that media use is going to go down, which is why it is imperative to ensure both a high-quality and a safe media experience for children. — Gadget photo created by freepik - www.freepik.com

Children are getting cellphones at younger and younger ages.

That's according to a report from Common Sense Media based on data from its 2015 and 2021 surveys on children's cellphone and social media use. The research and advocacy organisation found that the proportion of 8-, 9-, and 10-year-olds with smartphones nearly doubled in those years. But the majority of parents give their children a cellphone around the ages of 12 and 13. The percentage of 12-year-olds owning a cellphone has leaped from 41% in 2015 to 71% in 2021.

Does that mean that 12-13 is right age for children to own cellphones? Some paediatricians said they are agnostic on that point.

"As a paediatrician, I don't recommend one specific age (since) I think much of it depends on the reason for the need for the cellphone," said Dr. Nusheen Ameenuddin, an assistant professor of pediatrics at Mayo Clinic, and the chairperson of the American Academy of Pediatrics Council on Communications and Media.

According to Ameenuddin, if the reason for providing children with a cellphone is safety, then it is advised to give them one with fewer features, just enough to connect in case of an emergency.

"You can also disable certain features of smartphones with certain plans, so that's something I would encourage parents to look into and take advantage of so that a cellphone is not an all-access pass for a child who might need some boundaries in place," she said.

The paediatrics academy recommends "parents and caregivers develop a plan that takes into account the health, education, and entertainment needs of each individual child as well as the whole family." It provides a customisable family media plan on its official website for families to follow together, which the family can revise as needed.

"Kids who have increased screen time, which is now something that smartphones can provide, (that) can affect sleep, mood, and academic performance, especially if they are using the time to compare their lives to what they see online and feeling less than adequate as a result," Ameenuddin said.

According to Mike Robb, Common Sense Media's senior director of research, "when we look at the effects of media and technology, it oftentimes has as much, if not even more, to do with what (kids) are doing with that time."

"So if you are, for example, on social media, and you're exposed to content that promotes negative body comparisons, or cyberbullying, or hate speech; that can have negative impacts on your mental health. Conversely, those kids who are using social media to connect with their friends and be artistic and creative... are more likely to say that social media is having a positive effect on their mental health," he said.

Experts say that while technology can have some positive impact on children through the use of educational apps or by providing ways to stay connected in times of limited face-to-face interaction, there isn't enough evidence of benefits for development related to screen time or apps.

"There is far more evidence that shows that passive consumption of media, including so-called educational media, can actually have the opposite effect on development for very young children," Ameenuddin said.

According to experts at Common Sense Media, it is unlikely that media use is going to go down, which is why it is imperative to ensure both a high-quality and a safe media experience for children.

"I think it's really on parents, schools, and other stakeholders in kids' lives, to help children learn how to use the technology responsibly and safely," Robb said.

At the end of the day, paediatricians say that waiting until 13 to give children cellphones is a good rule to follow as a general guideline, but since "parents know their children and their level of maturity and ability to handle a cellphone the best... that takes precedence over general recommendations," according to Ameenuddin. – Education Week, Bethesda, Md./Tribune News Service 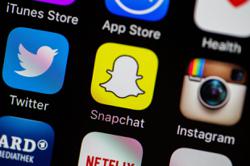