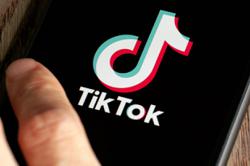 Mothers, minors and TikTokers of all backgrounds have thanked the content creators for spreading awareness and making an effort to keep children safe. — Photo by Solen Feyissa on Unsplash

Among the seemingly endless trendy dances, hip recipes and six-second comedy skits, there’s a corner of TikTok navigating a more serious side of kids and the Internet: sexual exploitation.

How do you talk to an eight-year-old about sex? What do you do if your child’s friend is being abused? How do you navigate conversations about social media accounts and faceless strangers?

Questions like these are reaching millions on TikTok and mums such as Catie Reay are starting the dialogue.

Reay’s commitment to spreading awareness about sexual exploitation of minors goes beyond maternal instinct, though. She experienced sexual trauma as a child, a story documented in 47 parts on her TikTok, @thetiktokadvocate.

The first part of her personal story got more than 17 million views.

“This series has been a beautiful part of my healing journey and honoured how many of you it has helped as well,” Reay wrote on TikTok. “Take care of yourselves. And as always... freedom gets the final say.”

In response to Reay’s story, other TikTok users came forward with their experiences of sexual exploitation as children, and thanked her for sharing advice on how to navigate difficult conversations as parents.

Mums in the same TikTok advocacy circle, including Seara Adair (@riadaaraes) and Sarah Adams (@mom.uncharted), have built large followings to bring awareness to sexual predators online, too, working together to bring virtual vigilance to the app.

“My main goal was just to share a different perspective so parents would reflect on their own sharing practices and maybe think, ‘I never thought about it like that. Why am I sharing my child publicly?’” Adams told CNN Business.

Sexual predation online comes in the form of dares, virtual meeting rooms, live videos and other down-low methods of taking advantage of minors, according to the mums’ videos.

Adair shared an account of a young girl who was being dared to do inappropriate activities on TikTok by different users. “We’re adults, we know what’s happening here. We know why they’re asking her this. This child is incredibly too young to understand what she’s doing. She shouldn’t know what this means at this age.”

When the mums see accounts posting inappropriate content, they report them to TikTok. Sometimes the explicit content is taken down, sometimes it’s just made private, as Reay and Adair shared in a joint TikTok.

To Reay’s shock, after CNN’s article about the mums came out, Adairs’ TikTok account was banned, she shared with her followers. Reay asked her community to email TikTok and push for Adair’s account to be restored.

“It’s ironic how in this very CNN interview we talk about our accounts being silenced, suppressed and banned often because of what we do on this app,” Reay said about Adair’s ban.

Adair’s account was restored on June 27, according to Reay’s update.

McClatchy News reached out to TikTok for comment on Adair’s ban on June 28 and was awaiting a response.

Mums such as Reay, Adair, Adams and others remain at the front lines of TikTok, eyes peeled for predators. But Michela Menting, a research director at global technology intelligence firm ABI Research, told CNN that parents shouldn’t have to foot that responsibility.

“It shows a total lack of regulation engaging the liability of social media providers and digital platforms to police exploitative content,” Menting told CNN Business. “It shows a willful ignorance of the very well-known dangers of the cyber-world for minors.”

Michael Beckerman, TikTok’s VP and head of public policy, told a Senate subcommittee in 2021 that the platform must earn the trust of the public, CNN Business reported.

“We’re seeking to earn trust through a higher level of action, transparency and accountability, as well as the humility, to learn and improve,” Beckerman said, according to CNN.

Mothers, minors and TikTokers of all backgrounds have thanked the content creators for spreading awareness and making an effort to keep children safe.

“Thank you for doing what you do,” one person commented on Reay’s post. “I was sexually abused by multiple people throughout my childhood and no one cared. This is education the world needs.”

“I hope nothing happens to your account, I’ve showed my younger sister some of your videos because it really helps her navigate the internet safely,” another person told Adair. – The Charlotte Observer/Tribune News Service

Khaby Lame is now the most-followed person on TikTok