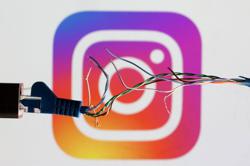 The tech giant will no longer offer fixes or updates to the existing version of Explorer and users will be directed to its replacement, Microsoft Edge. — Mobile app vector created by storyset - www.freepik.com

WASHINGTON: Internet Explorer, Microsoft’s once dominant web browser that some users love to hate, was retired on June 15 after 27 years on the world’s computer screens.

The tech giant will no longer offer fixes or updates to the existing version of Explorer and users will be directed to its replacement, Microsoft Edge.

It was a moment marked with some genuine nostalgia – and plenty of jokes at the expense of what was many people’s first gateway to the Internet.

“You took long to download stuff, you kept freezing, and you got replaced pretty easily by other browsers,” tweeted @Zytrux_1, under the hashtag #ripinternetexplorer.

“But there goes one of the first browsers I’ve ever used, and got plenty of good memories thanks to it.”

Twitter was flooded with Explorer memes, including tombstones or coffins bearing the browser’s signature blue “e”, and the occasional screenshot of error messages saying the app had stopped working.

Microsoft announced the change last year, and in a blog post on June 15 explained the need to start fresh with a different browser – Microsoft Edge.

“Internet Explorer (IE) is officially retired and out of support as of today,” the firm wrote.

Internet Explorer’s first version came out in 1995, in a challenge to the then rising early Internet star Netscape Navigator.

The ubiquity of Microsoft’s operating system became a route also for Explorer to steadily become the default for many users.

In 1997 US authorities contended Microsoft, by incorporating its Internet Explorer in the Windows operating system for the first time, was trying to crush competition from Netscape.

The case was concluded with a settlement in November 2001 that imposed no financial penalty, but forced billionaire Bill Gates’s software giant to disclose more technical information and barred anti-competitive agreements on Microsoft products.

However, users gradually got more alternatives to the browser many loved to hate for its slowness and tech glitches.

Microsoft’s market share in the browser business plunged from more than 90% in the 2000s to the low single digits this year.

Google’s Chrome, with nearly 65%, is the market leader, according to Statcounter, a web traffic analysis site. – AFP

Microsoft’s Internet Explorer browser to be retired after 27 years 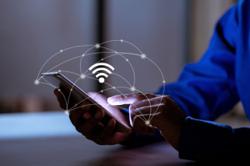