Users should ensure that batteries are stored at room temperature and kept away from prolonged exposure to direct heat. — Pexels

On May 24, commuters had to evacuate a train at Somerset MRT station after a commuter's power bank caught fire. The fire was put out quickly by another commuter, and nobody was harmed.

Following the incident, the Singapore Civil Defence Force released a statement advising the public on how to prevent fires involving batteries.

These batteries are typically found in electronic products, such as electric bicycles, personal mobility devices, laptops and power banks.

To prevent such fires, users should ensure that batteries are stored at room temperature and kept away from prolonged exposure to direct heat. They should also be kept away from combustible or flammable materials.

Users should visually examine batteries for signs of mechanical damage or deformities. Damaged or bloated batteries are more likely to catch fire while being charged.

Batteries should also not be overcharged. Overcharging can cause a battery to overheat and swell up, leading to permanent damage and a possible fire occurring.

Place the batteries on hard, flat surfaces, such as a table, while charging to allow heat to dissipate optimally.

The SCDF would also like to remind the public to always follow the instructions provided by the battery manufacturers. – The Straits Times (Singapore)/Asia News Network

Explosives on wheels? The truth about electric cars catching fire

Don’t go to bed with a charging cellphone

Subscribe now to our Premium Plan for an ad-free and unlimited reading experience!
Singapore Gadgets Technology 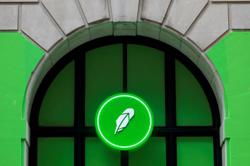