Nearly one in five Amazon delivery drivers gets hurt on the job each year, new report says 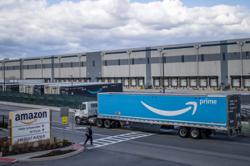 Amazon has come under fire for its expected pace of delivery in the past, most notably when some drivers said publicly they had to resort to urinating in bottles, bushes and coffee cups because the number of deliveries expected each shift didn't leave time for a bathroom break. — AFP

One in five delivery drivers working for Amazon was injured on the job in 2021, a new report says.

The same report, released Tuesday by a coalition of labour unions, found one in seven was injured so severely they had to either change their job or take time off following an injury. 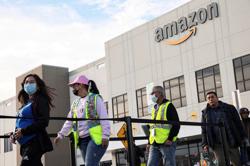