An Amazon signage on the LDJ5 Amazon Sort Center in New York City. The NLRB’s Brooklyn-based regional director has determined that, prior to that election, the company held mandatory ‘captive audience’ meetings at the warehouse in which it threatened that if workers chose the union to represent them, Amazon could use minimum wage pay as the starting point for negotiations. — AFP

US labour board prosecutors plan to accuse Amazon.com Inc of threatening staff that if they unionised it could propose paying them minimum wage and of punishing an employee for seeking a paid Juneteenth holiday.

Unless the company settles, the US National Labor Relations Board will issue a complaint, agency spokesperson Kayla Blado said Thursday. An Amazon spokesperson didn’t immediately respond to a request for comment.

The allegations are among many taken to the labor board by the Amazon Labor Union, the upstart group that scored an upset election victory last month at a warehouse in New York’s Staten Island.

The NLRB’s Brooklyn-based regional director has determined that, prior to that election, the company held mandatory “captive audience” meetings at the warehouse in which it threatened that if workers chose the union to represent them, Amazon could use minimum wage pay as the starting point for negotiations. The company also said they might take years to get an actual union contract, or never get one, and that while those contract talks were going on, Amazon couldn’t make improvements to their working conditions, according to Blado.

The labor board official also found merit in the union’s claim that when an employee used Amazon’s “Voice of the Associate” board at the warehouse to advocate for a paid Juneteenth holiday, the company retaliated by barring that worker from posting there again.

Amazon has previously denied wrongdoing, and said that its “information sessions” are meant to ensure employees understand the facts about unions and elections. The company has formally challenged ALU’s election victory, alleging the union broke election rules and that the NLRB violated its duty to be impartial, including by suing Amazon to try to get a fired activist reinstated.

The agency’s general counsel, Jennifer Abruzzo, dismissed that allegation in an interview last week. “But for Amazon’s unlawful labour practice, we would not have had to go into district court to seek an injunction,” said Abruzzo, a Biden appointee.

ALU’s attorney Seth Goldstein said he hopes the labour board will use the warehouse allegations to overrule existing precedents that allowed companies to hold mandatory anti-union meetings and to mislead employees about their rights.

By trying to get the election overturned rather than commencing contract talks, Amazon is “making good on the threat”, Goldstein said in an interview.

Complaints issued by labour board prosecutors are considered by agency judges, whose rulings can be appealed to NLRB members in Washington D.C. and from there to federal court. – Bloomberg

White House hits back after Bezos knocks Biden on economy

Christian Smalls, the unlikely union leader who took on Amazon

Amazon faces another complaint over tactics in Alabama union vote 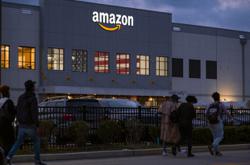 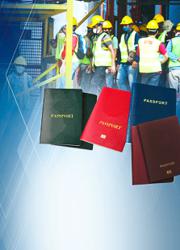