By April Roach and Cagan Koc 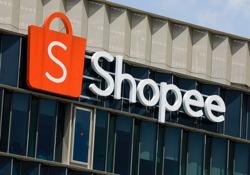 Rapid delivery companies have curbed their ambitions in the Netherlands after disgruntled Dutch cities put a halt on the explosive growth of their distribution centers.

After months of consultations, Flink SE, Getir and Gorillas signed a joint code of conduct that could crimp their ability to make super fast deliveries in a concession to Dutch municipalities.

The companies pledged to limit the speed of their delivery riders’ ebikes to 25 kilometers (16 miles) per hour and said they will not open the so-called “dark stores” in central shopping streets, pedestrian zones or near schools.

The joint action comes after Amsterdam, Rotterdam and Utrecht imposed a one-year freeze on new distribution hubs from flash delivery companies. The cites said the rapid growth of dark stores, which are warehouses often placed in residential areas close to customers, had led to an surge in noise and nuisance complaints from locals.

Demand for egrocery may be waning now that most economies have reopened after the pandemic, according to Bloomberg Intelligence analyst Charles Allen. Assumptions that rapid delivery will become a significant part of the grocery market and that there will be “few winners but those that do win will win big” flooded these companies with capital and allowed them to operate at a loss for an extended period, Allen said.

Getir Perakende Lojistik AS, a Turkish startup, was valued at US$11.8bil (RM51.83bil) after a US$768mil (RM3.37bil) funding round in March led by Mubadala Investment Co. Flink agreed on a deal this month that valued it at US$5bil (RM21.96bil), according to a person familiar with the matter who asked for anonymity because the matter is private. The Sunday Times reported in March that Gorillas Technologies GmbH, backed by Delivery Hero SE and Tencent, was seeking new funding that would value it at US$5bil (RM21.96bil).

Berlin-based Flink, which is backed by DoorDash Inc, has 60 locations in the Netherlands and wants to open more hubs this year. But the new limitations mean it will not always be able to make deliveries within its target of ten minutes, according to a company spokesperson.

Companies are starting to question how fast deliveries can be while remaining profitable, even as customers value the convenience. Christopher Payne, chief operating officer of DoorDash, said at a March conference it may be hard to make the economics of 15-minute delivery work.

This month Getir opened its first “Art Store” concept in Rotterdam, with the aim of providing a more attractive alternative to dark stores, which usually have their windows covered. The pilot initiative offers local artists a stage to exhibit and sell their work by displaying art in the windows of the distribution center, a Getir spokesperson said.

Gorillas is considering larger warehouses and storing bicycles inside its centers instead of on the street to reduce complaints, according to a spokesperson for the startup. – Bloomberg 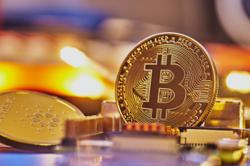