The probe’s aim is to gauge how pervasively Wall Street professionals use unauthorised messaging platforms to chat with each other or clients as regulators decide which firms to punish, and how hard, for failing to preserve business-related messages sent via unapproved platforms. — AP

The US is forcing Wall Street banks to embark on a systematic search through more than 100 personal mobile phones carried by top traders and dealmakers in the largest-ever probe into clandestine messaging on platforms such as WhatsApp.

The Securities and Exchange Commission has been sending firms lists of key positions – in some cases pointing to around 30 people including heads of certain investment banking teams or trading desks – that are subject to the review, according to people with direct knowledge of the requests. Personnel in those roles are being ordered to hand over phones so devices can be examined by lawyers.

The aim is to gauge how pervasively Wall Street professionals use unauthorised messaging platforms to chat with each other or clients as regulators decide which firms to punish, and how hard, for failing to preserve business-related messages sent via unapproved platforms. Banks including Goldman Sachs Group Inc, Morgan Stanley, Citigroup Inc, HSBC Holdings Plc and Credit Suisse Group AG have said they’re in the midst of fielding US inquiries into messaging apps, though it’s not clear whether all are now accessing phones.

The requests to access devices are so sensitive – potentially rooting through years of office banter and even personal texts – that banks are arranging for outside attorneys to help conduct the reviews, acting as intermediaries and preserving some semblance of privacy, the people said. The lawyers are being asked to look for business-related messages, with a definition that may offer the industry’s denizens a bit of comfort: Venting to a coworker about a terrible boss probably won’t be deemed business-related. And the boss won’t find out. Plus, regulators generally aren’t seeking message content at this stage, but rather information on who used illicit messaging channels and how often.

Still, the notion that the government and securities firms might embark on a broad, methodical look at phones has been sending shivers through the industry since word emerged about a year ago that JPMorgan Chase & Co was examining some employees’ use of external apps. That review culminated with ousters and US$200mil (RM880.56mil) in regulatory fines as JPMorgan admitted failing to monitor business-related messages on external channels. The SEC expressed particular frustration with the use of apps by supervisors who were supposed to prevent such activity, and it vowed to keep investigating.

“Unfortunately, in the past we’ve seen violations in the financial markets that were committed using unofficial communications channels,” SEC Chair Gary Gensler said at the time.

Since JPMorgan’s punishment, other banks have disclosed inquires or taken steps to rein in app use. Though Bank of America Corp hasn’t mentioned the issue, it’s also included in the regulatory examination of the industry, according to people with knowledge of the matter.

Earlier this year, Deutsche Bank AG warned staff not to delete communications on WhatsApp. The Frankfurt-based firm hasn’t disclosed a US probe, but it has received information requests from German financial watchdog BaFin, people with knowledge of the requests said this week.

Spokespeople for the banks and the SEC declined to comment.

Under industry rules, securities firms are required to set up surveillance systems and archive written communications. Yet workers across the industry embraced messaging apps in their personal lives, and many began using them to chat with each other, potentially splicing jokes, gripes, gossip and tales of weekend adventures with messages about trades and deals. The texting became all the more common when the pandemic forced legions to work from home, out of bosses’ sight.

The danger for Wall Streeters is that efforts to tally business-related messages could still single out people who were especially prolific on apps. Aside from the potential for big penalties, it’s unclear what might happen if the reviews uncover evidence of blatant misconduct.

JPMorgan’s settlement with the SEC in December didn’t allege that anything fraudulent or untoward was found in recovered texts. But the bank did admit, among other things, that one manager texted with more than 100 colleagues and dozens of outsiders including clients, racking up more than 2,400 messages over the course of a year. Another set up a WhatsApp group chat and invited 19 other members of the desk to join, where they discussed markets, business and client meetings.

The bank ended up ousting a few employees and disciplining more behind the scenes, in some cases lowering bonuses, people with knowledge of the matter have said. Such moves can help demonstrate to regulators that banks are serious about clamping down.

US officials are trying to stamp out clandestine messaging while simultaneously ramping up a series of other inquiries into suspected market abuses. Pushing banks to do a better job of preserving messages could ultimately help those inquiries. Authorities are scrutinising, for example, whether bankers tipped off market participants to large stock transactions, known as block trades. They also opened inquiries into short sellers and signs of insider trading ahead of deals announced by blank-check companies.

Amid those complex cases, the SEC’s approach to the texting probe conserves resources by relying on banks to do much of the work, which is where the look at so many mobile phones comes into play. The agency is essentially asking banks to gather and summarise a representative sample of texting. From that the agency may infer how severe lapses were at different firms.

A number of firms are angling to pay less than what JPMorgan, the nation’s largest lender, ended up forking over to the SEC and Commodity Futures Trading Commission, people with knowledge of the initial talks said. JPMorgan had hoped to pay less, too.

As Bloomberg reported earlier this month, the bank’s negotiators were caught by surprise when they entered talks armed with a list of past precedents, pointing out that the heftiest penalty ever levied was less than US$20mil (RM88.06mil). The SEC made it pay more than six times that. – Bloomberg

Deutsche Bank warns staff not to delete WhatsApps amid scrutiny 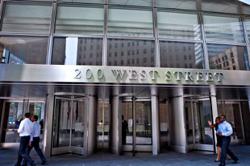 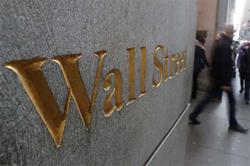