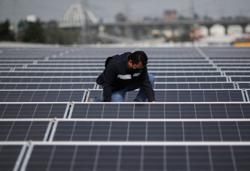 China accounted for roughly a fifth of the bitcoin network’s hash rate at the end of 2021, after data showed it dropped to zero in July. Data from the Cambridge Bitcoin Electricity Consumption Index suggests miners covered their tracks with overseas proxies until they deemed it safe. — SCMP

China has re-emerged as a major bitcoin mining hub, despite the country’s complete ban on the practice a year ago, according to data from the Cambridge Centre for Alternative Finance (CCAF) on Tuesday.

From last September to January, traffic from China accounted for about 20% of bitcoin’s total hash rate, a measure of the network’s processing power for verifying transactions and mining new cryptocurrency tokens. The uptick in activity came after data suggested it had fallen to zero in July, following a ban on mining last May.

The CCAF regularly publishes the Cambridge Bitcoin Electricity Consumption Index (CBECI) based on aggregated geolocational data reported by partnering mining pools. Its data shows that mining activities in China recovered quickly last year. After showing virtually no activity from China in August, it was back up to 22.3% of the bitcoin hash rate the following month, coming in only under the US, which was at 27.7% in September.

The data “strongly suggests that significant underground mining activity has formed in the country”, the CCAF said in a statement. “Access to off-grid electricity and geographically scattered small-scale operations are among the major means used by underground miners to hide their operations from authorities and circumvent the ban”. 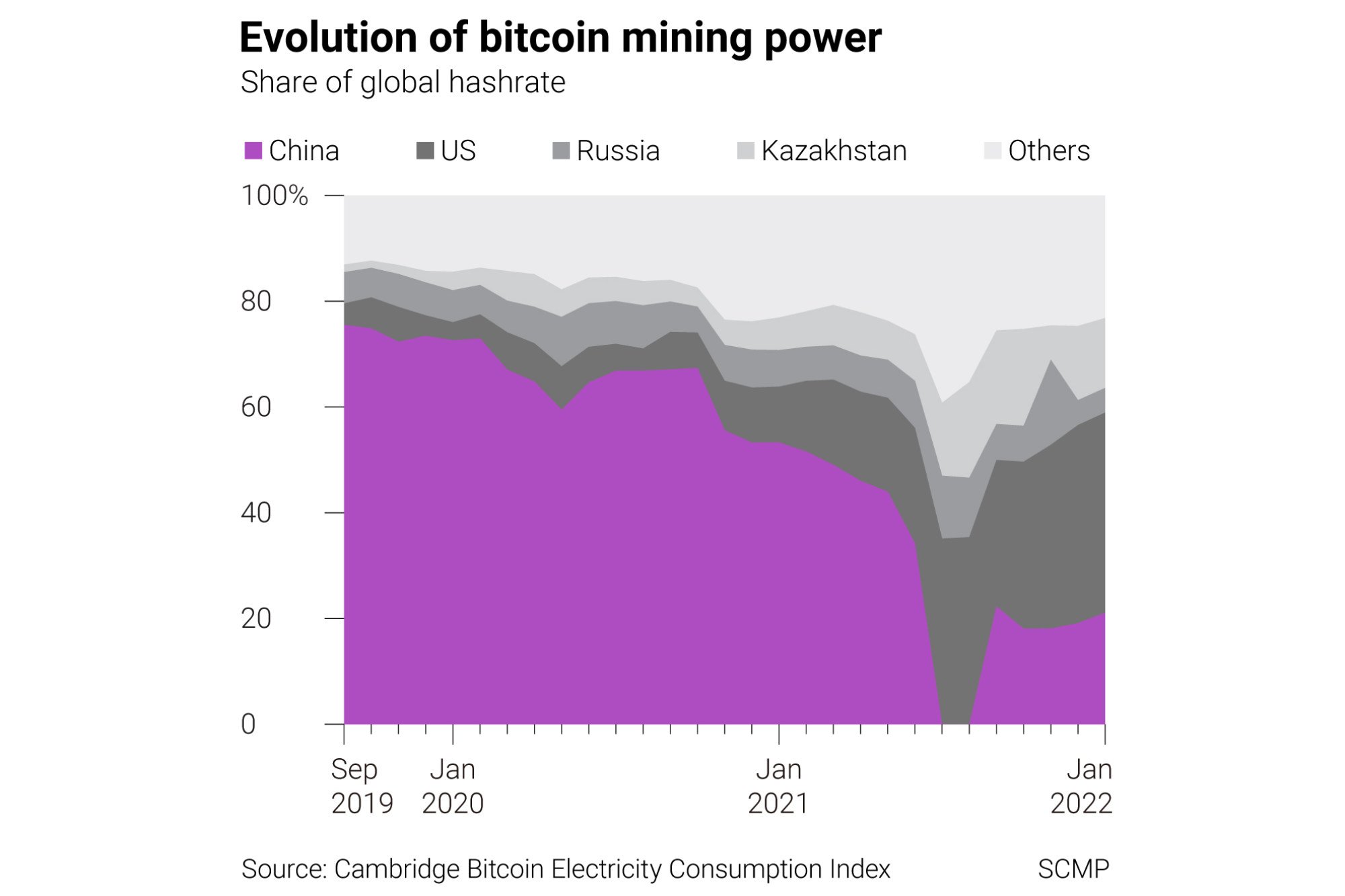 Given the abrupt recovery in Chinese traffic, the temporary lull may have been a result of miners going underground, according to CCAF.

“It takes time to find existing or build new non-traceable hosting facilities at that scale,” CCAF said. “It is probable that a non-trivial share of Chinese miners quickly adapted to the new circumstances and continued operating covertly while hiding their tracks using foreign proxy services to deflect attention and scrutiny.”

“As the ban has set in and time has passed, it appears that underground miners have grown more confident and seem content with the protection offered by local proxy services,” the centre added.

Chinese miners also try to “diversify their locations”, according to an industry insider named Bob, who offers services for hosting mining operations in Europe and the US. He asked to only be identified by his first name because he is currently stuck in China due to the Covid-19 pandemic.

“Miners (in China) use a VPN and try not to use too much energy from a single spot, so the electrical company cannot detect any strange energy consumption,” Bob said.

Miners were losing potential revenue each day the machines were offline, to the tune of about 170 yuan (US$26.70 or RM110) in profit per machine by one estimate. For the largest operators, this amounted to a loss of millions of dollars that can never be recuperated.

In November, Chinese cybersecurity company Qihoo 360, which launched a mining monitor, reported that underground crypto mining appeared to be alive and well in the country. There were an average of 109,000 active crypto mining Chinese IP addresses each day at the time, Qihoo said, mostly located in the provinces of Guangdong, Jiangsu, Zhejiang and Shandong.

Before the ban, China had been the world’s top bitcoin mining location since the CCAF started its index in September 2019. The US overtook China last year, extending its position to 37.8% of the bitcoin hash rate in January, up from 35.1% last June.

Globally, the bitcoin network’s aggregated computing power has also resumed its climb. It bottomed out at 57.47 exahashes per second (EH/s) last June, but had reached an all-time peak of 248.11 EH/s by February, according to CCAF. – South China Morning Post

Energy-hungry bitcoin moves into sights of US environmental movement

Explainer: How cryptocurrencies work (and how they don’t)

The cost of crypto: Weighing the pro and cons of investing in Bitcoin

Money for nothing: US cities’ crypto push draws fans, critics