How head-up displays are making driving safer and less taxing

In this VW, arrows on the windscreen guide you toward the bend to make sure you don’t miss your turn. — Volkswagen AG/dpa

MUNICH/STUTTGART: Arrows point in the direction of the upcoming bend and the car’s speed flashes up. This information seems to be appearing far in front of the car, but in reality it’s being projected onto the windshield.

The illusion created by the augmented reality head-up display (AR-HuD) is perfect. The virtual and real worlds merge, and the driver receives useful information without having to take their eyes off the road. Soon, these systems should be able to do even more.

Using a combination of holography and augmented reality, startup Wayray wants to project holograms onto windshields using lasers. The display is to be around ten times larger than previous systems.

In addition to the course of the road, pedestrians, cyclists, traffic signs or advertisements can be graphically and colourfully displayed over the entire surface of the windshield. The first cars with this technology are expected to hit the market in 2025.

The system follows your eyes

“Animations dance in front of the car and move analogously, controlled by the viewer's line of sight,” says Wayray CEO Vitaly Ponomarev.

The projected objects can be made to appear very close or far away.

Compact laser technology in the vehicle floor makes this novel AR experience possible. From there, the red-green-blue light beam travels to the dashboard where an optical system develops the holograms and projects them onto a special photopolymer film in the windshield.

The MBUX infotainment system found in some Mercedes cars also includes an optional head-up display with AR. The car maker spent around five years developing the system, which has so far been used in the S-Class and its electric counterpart, the EQS.

“To avoid overwhelming drivers, only the most necessary information is superimposed in the field of vision, such as current speed, navigation information, driving assistance information or speed limits,” says Mercedes engineer Pedro Ribeiro Monteiro.

The names of callers, streets or radio stations can also be displayed.

The Mercedes system requires a lot of space, which there’s more of in the larger S-Class car than in an A-Class. Future systems would need to be smaller, while offering a larger image and additional functions to help drivers with their tasks.

“In curves, a wide image would help the pilot, but displays on the side windows are also conceivable,” Monteiro says, referring to future autonomous vehicles.

Entertainment on the side window

Wayray also sees potential for side window holograms with information and content. According to Vitaly Ponomarev, any transparent surface can be transformed into an augmented reality display, including the living room windows at home.

Volkswagen has already introduced an AR-HuD system into the compact car segment as part of the optional equipment in electric models such as the ID.3 and ID.4.

“The cognitive effort required to interpret the information shown is reduced because the respective cues appear virtually at their reference point in the road environment.”

Hints on navigation, distance or keeping in lane are only displayed when they are needed and are shown visually in a distant area that appears to be 10 metres away.

Below that is another display band with static information that seems to hover three metres away.

However, developers will not be able to fully replace physical displays with virtual ones. In many countries the law stipulates that all essential information must be visible at all times. This includes, for example, all warning and function lights. – dpa 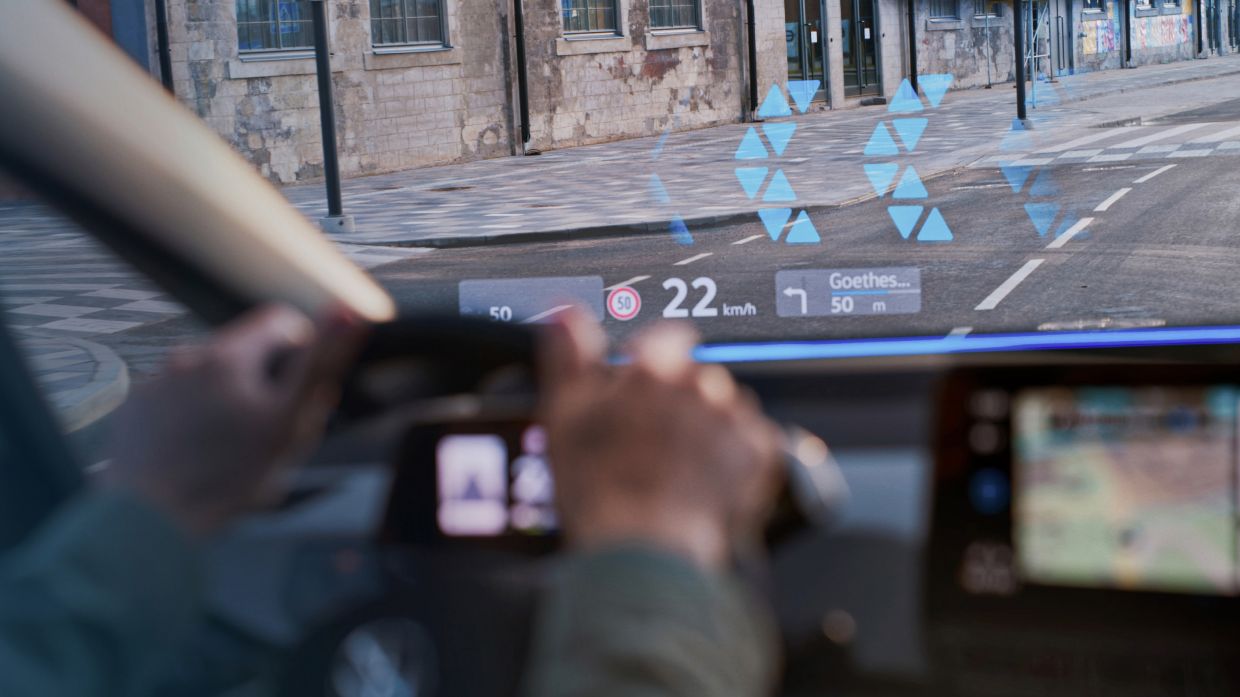 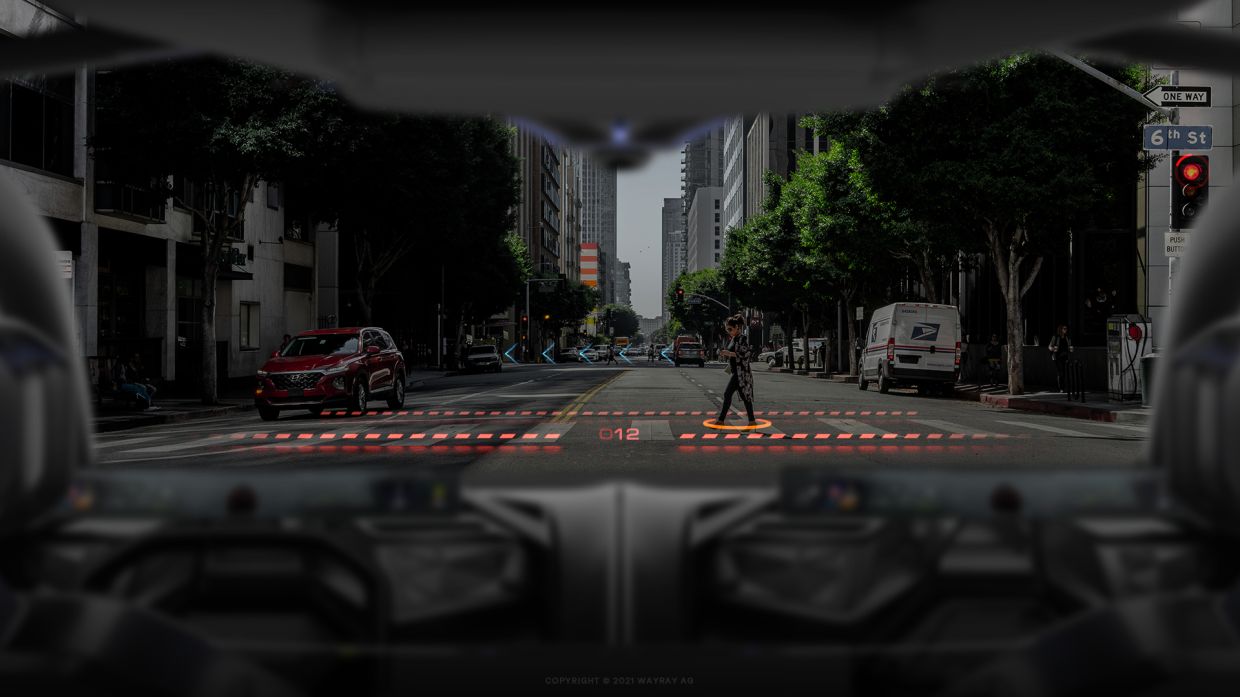 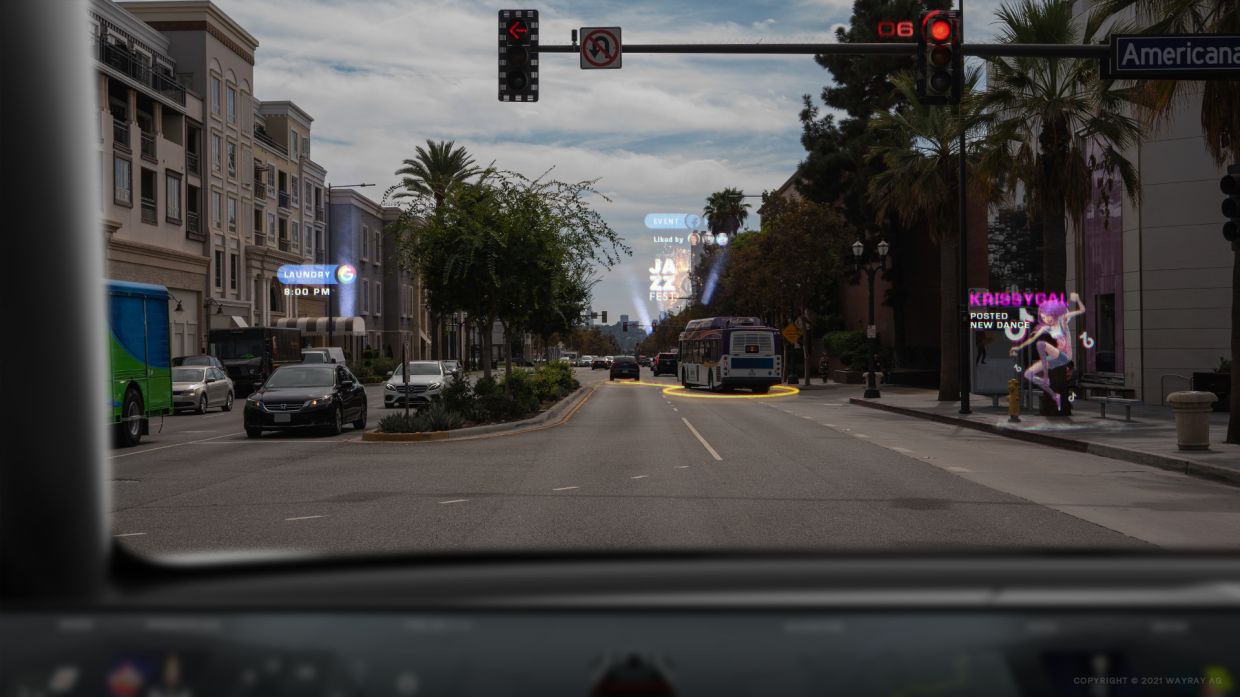 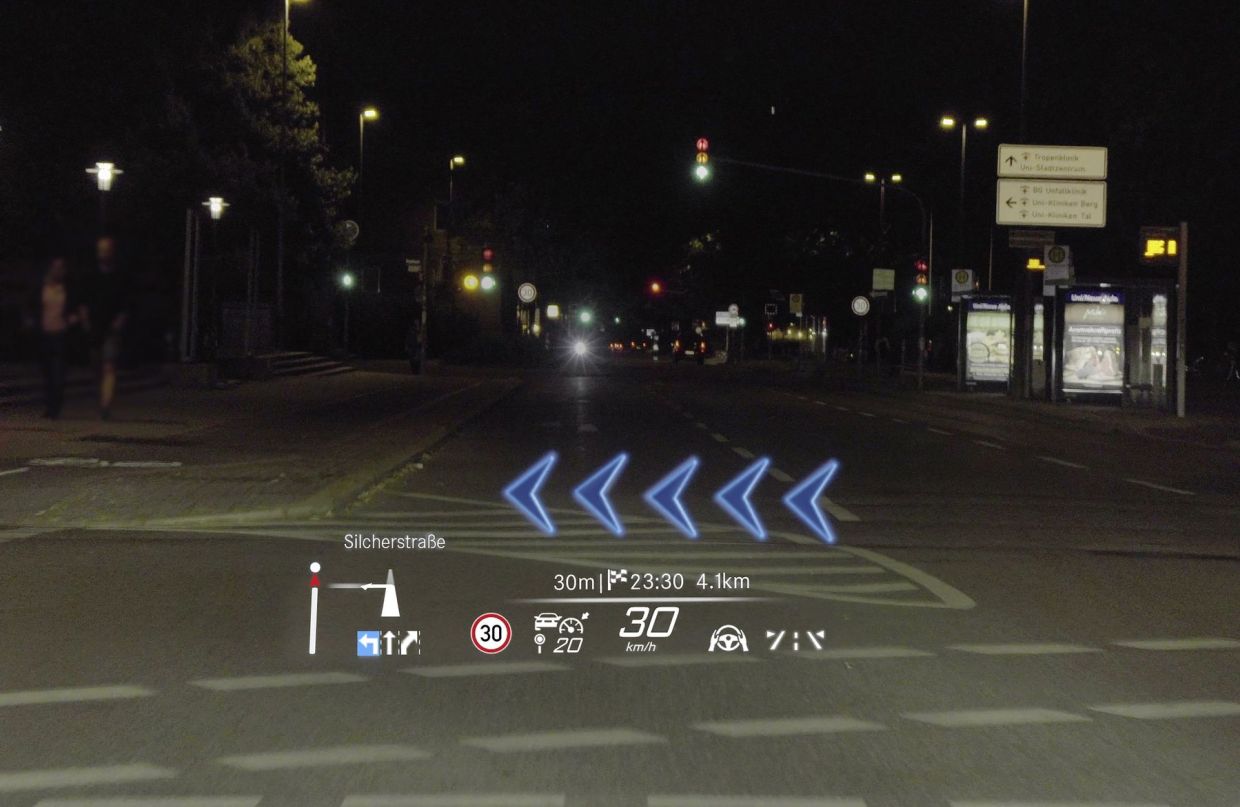 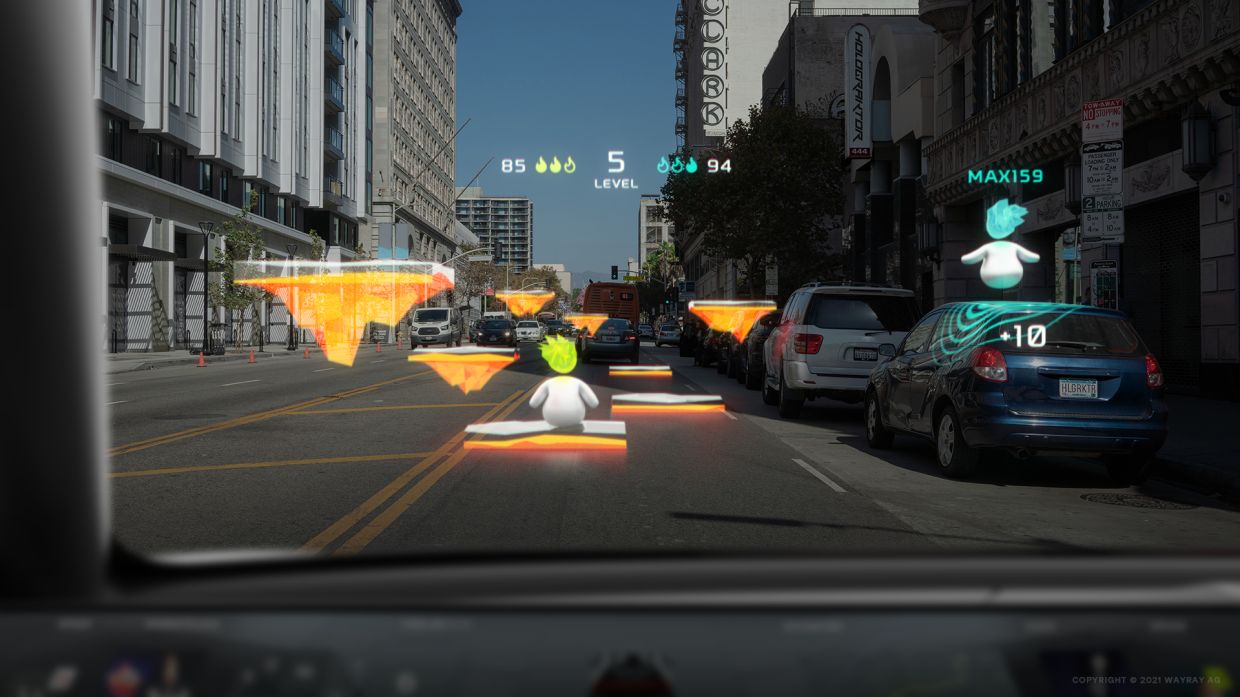 In this VW, arrows on the windscreen guide you toward the bend to make sure you don’t miss your turn. — Volkswagen AG/dpa

Watch out, that bus is turning: The Wayray system can help point out many things on the road. — Wayray/dpa

At Merdedes-Benz, a head-up display with augmented reality has so far been available in the S-Class and its electric counterpart, the EQS. — Daimler AG/dpa

Driving as gaming: With the hologram projector, Wayray also wants to provide a form of entertainment to drivers. — Wayray/dpa

Subscribe now to our Premium Plan for an ad-free and unlimited reading experience!
Technology Automotive VR