How podcasts have become the perfect companion for drivers 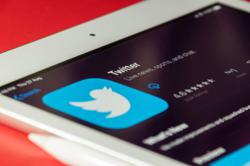 49% of people listen to podcasts while driving. — AFP Relaxnews

One of the great things about podcasts is that you can listen to them anywhere – at home, in the office, on public transport and in the car. But a new US study reveals that listeners mostly tune in to these audio shows while driving.

What do you do while listening to podcasts? That’s the question that the research firm NuVoodoo asked 3,298 Americans between the ages of 14 and 54. Most of them are in a good position to answer it, since they listen to them every week. And it turns out that 49% of the respondents regularly tune in while driving.

This trend is particularly noticeable among Millennials (55%) and Baby Boomers (48%). In comparison, only a third of Gen Zers regularly listen to podcasts while in the car. But that’s probably due to the particular relationship they have with driving. A study, published in February in Transportation Research Part A: Policy And Practice, states that Gen Zers in the US drive far less than their elders.

It's no surprise that the car interior is a place conducive to discovering podcasts. It has always been so for radio, the ancestor of these audio shows, which have become particularly popular in recent years.

However, radio has not yet said its last word, as it remains a preferred ‘anchor’ medium for motorists, according to a Caravan survey conducted by Engine Insights.

The standout media for multitasking

However, podcast fans don’t limit themselves to the car to delve into episodes of their favourite shows. They tune in while exercising (43% of respondents), working (40%) or doing housework (36%). This is notably the case for Élise, a 27-year-old project manager.

“I always listen to podcasts when I’m doing a manual activity. I don’t have to think much when I’m cooking or drawing, but I do like to have some sound. I used to put movies on in the background until I discovered podcasts. At that point, I realised that this was exactly what I needed,” she said.

A flagship media for multitasking, the podcast also has a strong addictive potential. Listeners are rarely satisfied with just listening to one podcast, according to the NuVoodoo report. More than 80% of respondents listen to at least two different podcasts per week.

Millennials are particularly fond of them: 46% of those surveyed listen to four or more during that time frame. That’s more than Generation Z or Baby Boomers, and proof that, when it comes to podcasts, the sky’s the limit. – AFP Relaxnews

Listeners now willing to pay to attend the recording of their favourite podcast.

Headphones or a speaker: your podcast listening experience changes with your choice

Finding a voice through podcasts