This handout image shows, from left, Ryan Cohen, his wife, Emily Taffel, and Taffel’s former boyfriend, Sam Rubman, on Feb 3, 2022, in Coral Springs, Florida. In the era of intense cybersecurity and calls for multifactor lockdown of all things digital, the three share several logins to streaming services. — Ryan Cohen via AP

NEW YORK: Emily Taffel didn’t pull the password plug when she divorced her first husband, and she didn’t cut off the boyfriend who followed. Now remarried with four stepchildren, she continues as a model of civility when it comes to exes and logins.

The 41-year-old in Coral Springs, Florida, and her first husband didn’t have kids, much money or own a house when they divorced. What they did have were subscriptions to Netflix and Hulu.

“We each paid for one of them and share. That was literally our divorce agreement,” Taffel said. “It was written right in there. We’re still doing it.”

When boyfriend Sam came along but the romance ended three years later, they maintained close ties and joint custody of additional services, sharing logins and the cost to this day among themselves and Taffel’s ex-husband. Taffel and her current husband have added more and shared down the line over a decade after her first marriage ended.

“I know it seems crazy,” she said. “The ex-boyfriend and the ex-husband aren’t friends, but through me everybody is very amicable.”

In this era of cybersecurity concerns and calls for multifactor lockdown of all things digital, that approach points to a thorny issue when love goes wrong: What to do about the logins?

Nearly eight in 10 Americans who are in a relationship share passwords across nearly every digital platform, ranging from social media to email and cellphone to mobile wallets, said Harold Li, vice president of the encryption service ExpressVPN.

“In the digital era, sharing passwords is a sign of trust and affection akin to the gift of a letterman jacket or an exchange of school locker combinations,” he said. “However, while it may seem like a romantic gesture at the moment, it poses serious risks to your personal privacy, which even the closest of relationships need.”

And when relationships end, whether romantic or of the friendship variety, he recommends a thorough “digital divorce”.

Sisi Cronin, 33, in Napa, California, is still logged in to her college boyfriend’s Netflix account, with her own profile. While they don’t live near each other, they remain friendly after going their separate ways when she was 23.

“One time about three years ago he sent me a kind of funny message saying, hey, Netflix has decided to limit how many people can be on, would you mind getting your own? And I just wrote back saying I’d rather not. We haven’t talked about it since,” she said. “When you’ve got all these different subscription platforms it’s ideal to not be paying for all of them yourself, right?”

Nick Leighton of the etiquette podcast “Were You Raised By Wolves” equates the changing of shared passwords after a breakup to returning the sweater left behind by the ex.

“Be mindful of the fact that when a person discovers their login no longer works, it’ll be a clear reminder that the relationship is indeed over, which may cause hurt feelings,” he said. “In a relationship, asking someone for their password can make some people uncomfortable, so it’s often better to wait until they volunteer to share rather than putting them on the spot. It should also be noted that sharing passwords might possibly violate the terms of service.”

“Change the password. In the age of perpetual watch histories being widely available, nobody wants to know that their ex just watched The Notebook on Netflix. It stirs up all sorts of emotions,” said John Capo, an assistant professor of communications at Lycoming College in Williamsport, Pennsylvania.

“Were they thinking about me when they watched it? Who did they watch it with? Why were they awake at midnight, anyway? Remember when we used to watch The Notebook?”

Brian Penny, 40, in Tucson, Arizona, doesn’t have the heart to leave an ex out in the cold on his HBO Max and Hulu accounts.

“She’s struggling with work and it doesn’t cost me anything, but it does show her name because she added herself as a profile,” he said. “I do wonder what the next girlfriend will think about seeing another woman’s name in my account. I’ve already reasoned I would say it’s a cousin or friend.”

Hari Ravichandran, founder and CEO of the digital safety provider Aura, noted the prevalence of password sharing among some, but warned against it.

“It’s no secret that password-sharing is a way for consumers to get around the cost of paying for multiple services,” he said in a statement. “What consumers aren’t considering is that these behaviours make them vulnerable to digital crime when people outside your household – even ones you trust – have your passwords on their devices.”

Researchers have found a variety of reasons people maintain streaming ties after a breakup – convenience, finances and post-breakup friendships among them. A downside: When a vindictive ex deliberately wreaks havoc with algorithms to mess up ads and suggested viewing, or creates a profile to rile up a current love interest. One sharer said the parents of an ex stayed logged into one of his sites for two years after they broke up and sent him a gift card out of the blue as thanks.

Chandler Sterling in Los Angeles shows up as a generic “guest” profile on the Netflix and Hulu accounts of a former long-term girlfriend. He also uses his parents’ cable TV subscription with his Apple TV for access to pretty much anything, including sports.

“Yes, I’m 34, and yes, I make over six figures at my job, but I won’t pay for something if I don’t have to,” he said. “My ex has never directly confronted me about the guest profile on Hulu. On Netflix, she changed the guest account’s profile picture to the guy from the show Lucifer, so I think she’s sending me a message about how she feels. ... I have zero guilt for all this cloak and dagger mooching.”

Penny said he wasn’t sure if or when he would remove his ex.

“Our relationship didn’t end well at all,” he said. “I think a part of me leaves it alone so she leaves me alone. The peace of mind is worth it.” – AP 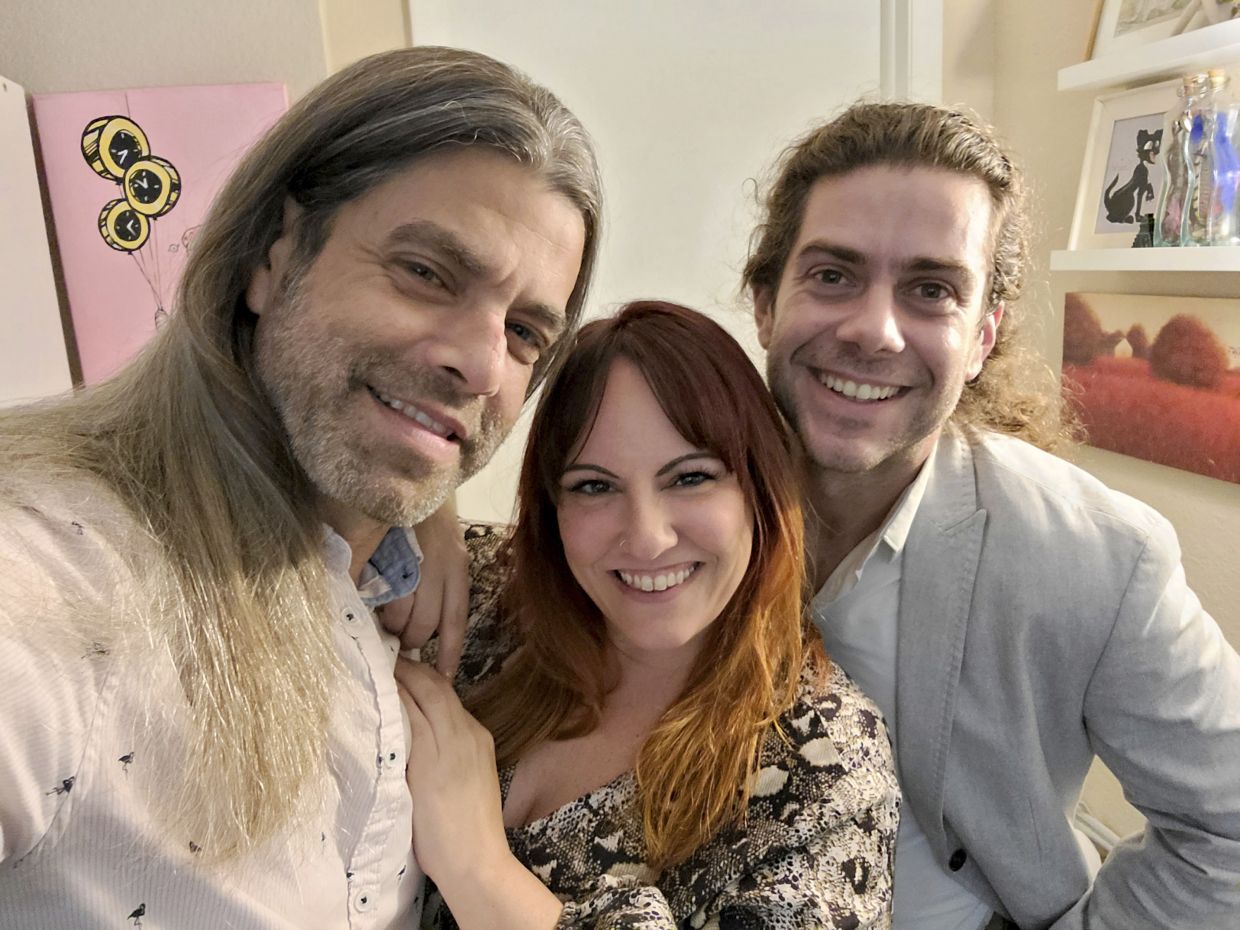 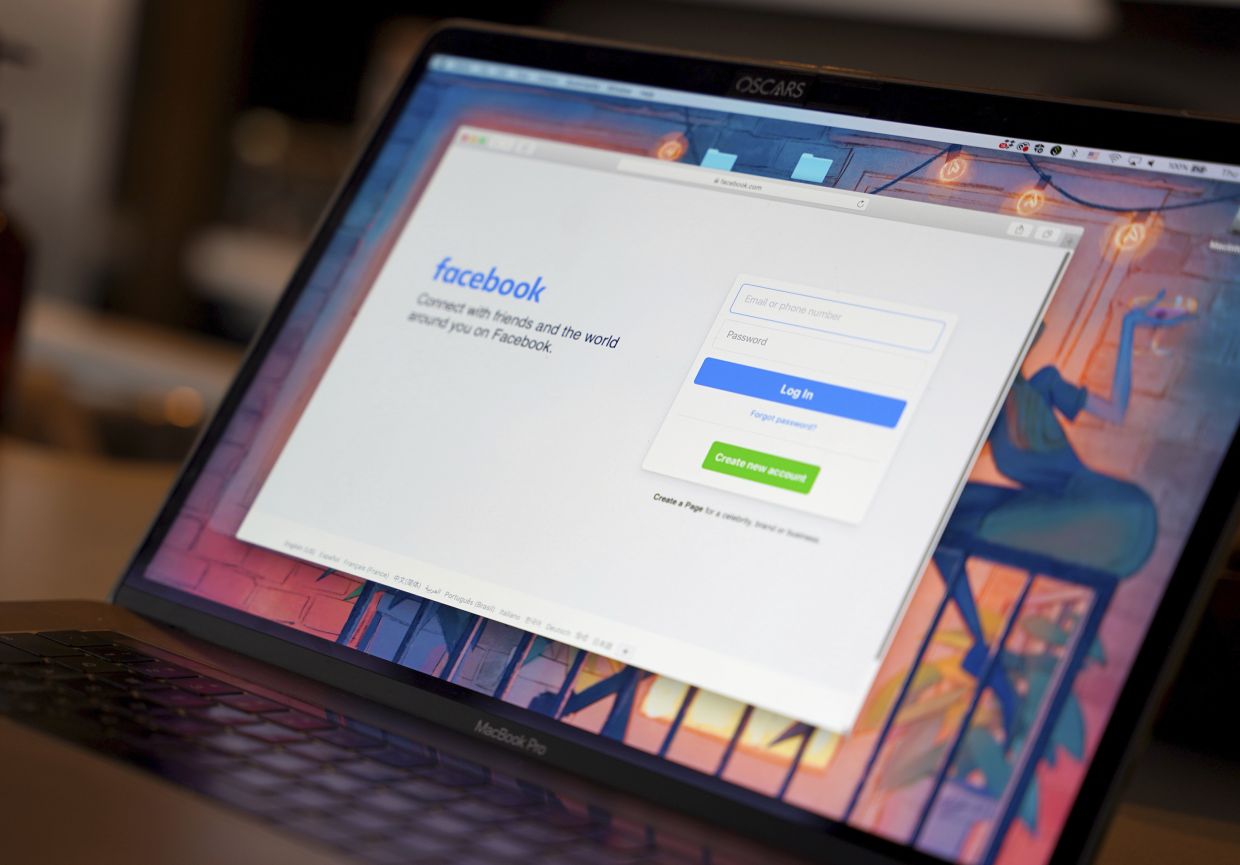 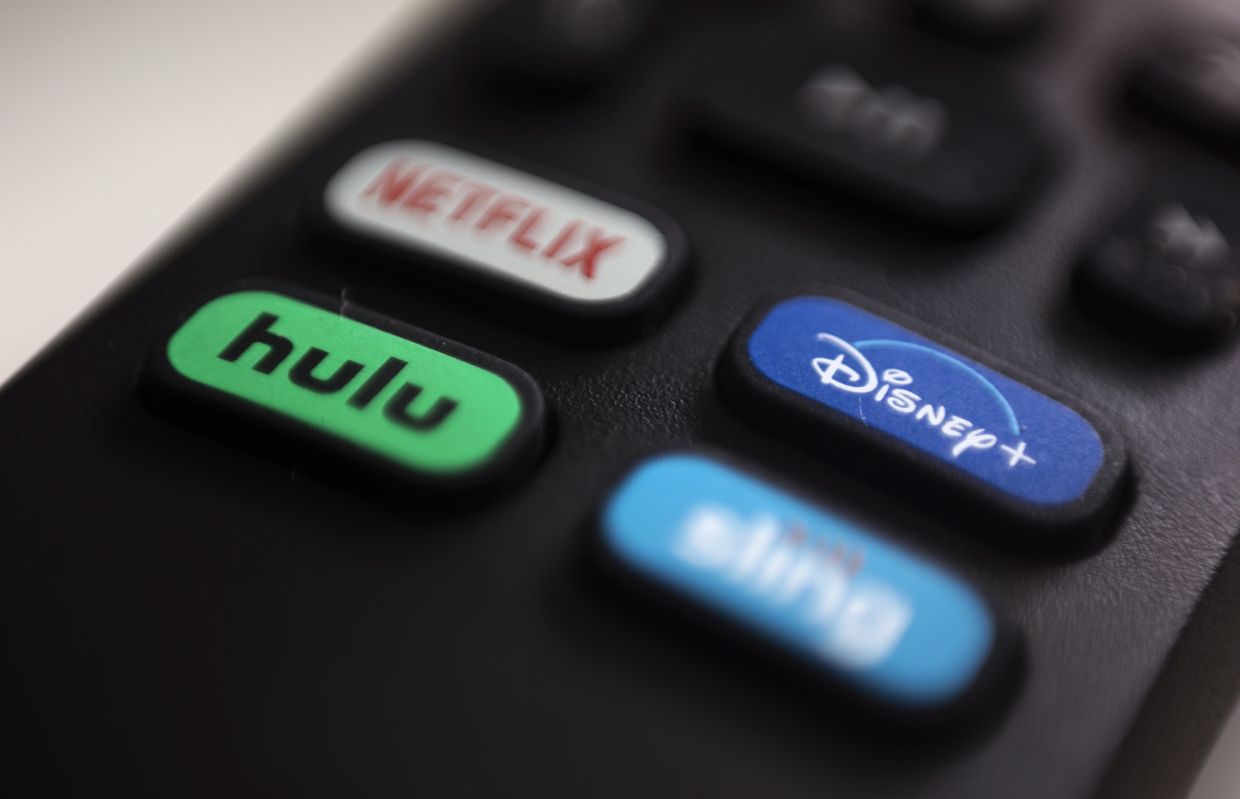 This handout image shows, from left, Ryan Cohen, his wife, Emily Taffel, and Taffel’s former boyfriend, Sam Rubman, on Feb 3, 2022, in Coral Springs, Florida. In the era of intense cybersecurity and calls for multifactor lockdown of all things digital, the three share several logins to streaming services. — Ryan Cohen via AP

This image provided by Chandler Sterling shows Sterling watching television on Feb 4, 2022, in Los Angeles. In this age of intense cybersecurity and calls for multi-factor lockdown of all things digital, Sterling uses a former girlfriend's logins for two streaming services. — Chandler Sterling via AP

A Facebook login page appears on a computer in Glendale, California on Feb 3, 2022. Harold Li of the encryption service ExpressVPN says nearly 8 in 10 Americans who are in a relationship share passwords across nearly every digital platform. — AP

The logos for streaming services Netflix, Hulu, Disney Plus and Sling TV are pictured on a remote control in Portland, Oregon. Harold Li of the encryption service ExpressVPN says nearly eight in 10 Americans who are in a relationship share passwords across nearly every digital platform. — AP