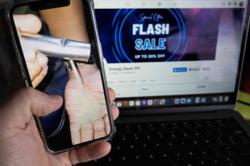 In reports made to the FTC, scammers typically connect with people directly as friends and encourage them to invest in cryptocurrency. They will then be duped in to sending money on the promise of huge returns but ended up with nothing. — Photo by John Schnobrich on Unsplash

Scammers on social media led more than 95,000 people to report approximately US$770mil (RM3.2bil) in losses in 2021, according to findings by the US-based Federal Trade Commission (FTC).

It stated that the largest number of reports made (45%) was due to scams related to online shopping, of which nearly 70% of victims said they did not receive their item after placing an order. They were typically driven to make the purchase after seeing an ad on social media, where some even found that the ads impersonated real online retailers that drove people to copycat websites.

Nearly nine out of 10 named Facebook or Instagram as the platform that they were using when making the report on undelivered goods.

In terms of total dollar losses reported, investment scams topped the list of most profitable fraud on social media with 37%, followed by other frauds (27%), romance scams (24%) and online shopping (14%).

The FTC said that bogus cryptocurrency investments has seen a massive increase in reports under investment scams. It stated that more than half of people who reported losses to investment scams shared that the scam started on social media.

In reports made to the FTC, scammers typically connect with people directly as friends and encourage them to invest in cryptocurrency. They will then be duped into sending money on the promise of huge returns but ended up with nothing.

Meanwhile, more than a third of people said they lost money due to an online romance scam that started on Facebook or Instagram. Scammers would typically befriend a victim, be generous with sweet talk before requesting for money.

The FTC described social media as a “low cost” way for scammers to reach billions of potential victims around the globe as it's easy to create a fake profile or hack into an existing profile.

“In fact, scammers could easily use the tools available to advertisers on social media platforms to systematically target people with bogus ads based on personal details such as their age, interests, or past purchases,” the FTC said in the report.

He explained that in the past, victims would be approached to attend briefings or enter a “scratch and win” contest. Now, scammers would target victims through bogus financial ads on social media.

The Securities Commission (SC) has issued a alert reminding members of the public to be aware of online scams during the Covid-19 pandemic. Some examples of bogus investment schemes on social media include promises like “Invest RM200 and get RM10,000 within 24 hours”.

Among the tips provided to avoid getting scammed include asking people to be cautious of investment opportunities offered via social media platforms and to check SC's investor alert list.

The FTC also urged members of the public to limit the number of people who can see their posts and personal information on their social media profiles, and to opt out of targeted advertising whenever possible.

Other common sense tips proffered by the FTC to help people stay safe on social media include being cautious if someone new appears on their social media wanting to start an instant friendship or romance. The agency also urged people never to send money to someone they have not met in person.

Social media users are also reminded to call their friend(s) directly should they receive any online messages from them peddling investment opportunities or a sudden urgent need for money – especially if asked to pay by cryptocurrency, gift card, or wire transfer – as their friends’ accounts may have been hacked by scammers. 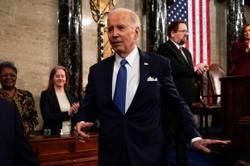 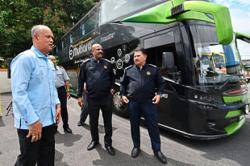