TikTok and Instagram knowingly recommend videos to young users including 'How to eat 300 calories a day', 'How to look like "The Corpse Bride' and 'How to trick your parents into believing you ate'. — Health vector created by freepik - www.freepik.com

When a friend recently revealed that the source of her daughter's weight loss was TikTok, I was taken aback. Neither of my daughters has had weight issues or had friends who were compelled to be emaciated. However, my pal's 15-year-old suffered a dramatic weight loss due to the pressure to fit in with peers, and it's been a difficult problem for their family. The unfortunate message for young women to be impossibly thin has been commonplace for decades.

However, social media has amplified the eating disorder quotient. Platforms such as TikTok and Instagram are a problem. When I asked my daughter Jane, 12, about the impact of TikTok and weight loss, she said she knows nothing about it since she only searches what holds her interest, and losing weight isn't something she ever thinks about. I'm thankful since Jane is 5'3" and 83 pounds and needs all of the nutrients in order to grow.

There are myriad young ladies who are influenced by celebrities, peers and platforms. Thankfully, UltraViolet, a gender justice advocacy group, has joined ParentsTogether to make much-needed change. A petition from ParentsTogether, a community of more than 2.5 million parent advocates, and UltraViolet are calling on Shouzi Chew, CEO of TikTok, and Instagram CEO Adam Mosseri to stop their platforms from promoting pro-eating disorder content to children.

More than 5,000 signatures call on TikTok and Instagram to cease running such dangerous content via a petition at act.weareultraviolet.org. The content is stunning. TikTok and Instagram knowingly recommend videos to young users including "How to eat 300 calories a day," "How to look like "The Corpse Bride" and "How to trick your parents into believing you ate."

When my son Milo, now 16, was a prepubescent, he tried to fool me into believing he showered by wetting his hair while running water for a few minutes. That's no big deal compared to body shaming and the lengths women and men will go to attempt to approximate the look of an airbrushed model. Kudos to any group trying to make a difference since so many families deal with a very difficult crisis.

"Parents are overwhelmed as we desperately try to protect our kids from the constant drumbeat of social media that pushes kids to make their bodies smaller and thinner by any means necessary," ParentsTogether co-director Bethany Robertson said. "Social media is powering a body-image crisis that is devastating millions of young girls. These powerful companies must put kids over profits and stop pushing extreme and dangerous dieting and weight loss ads and content to young users."

I had no idea that anorexia has increased dramatically since Covid-19 altered our lives two years ago. "Since the pandemic, child hospitalisations from anorexia have doubled," UltraViolet director of communications Bridget Todd said. "It's no coincidence that social media algorithms target younger users with content that promotes engaging in these harmful and unhealthy behaviours. Instagram and TikTok target children and teens with #thinspo content to increase usership and sell products."

Earlier this month, ParentsTogether released an advisory to their members warning about the rise of dieting, weight-loss and other body-focused content on social media, which has been especially widespread since the start of 2022. "Parents should know which social media always presents risks for kids struggling with body image or food. January can be an especially risky month. Parents should be aware of their kids' social media use and talk to them about self-acceptance and healthy habits."

The key for parents is communication and having an idea of what their children are viewing. The best way for parents to combat the scourge of dangerous weight loss is to be proactive. Fortunately, there are an increasing amount of watchdog groups out there battling for parents and children. Hopefully, the giants of social media, who are absurdly influential, will eliminate dangerous content and spread a positive message so our youths can literally grow up. – The Spokesman-Review, Spokane, Wash./Tribune News Service 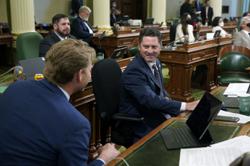 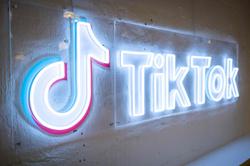