Some users on Twitter have shared that they have been unable to make payments with their debit cards and perform transactions such as online transfers due to the issue. — CHAN TAK KONG/The Star

Update: Maybank has announced that its services are back to normal.

“Kindly be informed that you may now perform your banking services on all our channels as they are back to normal. Our sincere apologies for the inconvenience caused and thank you for your patience and continuous support,” the company said on Twitter.

PETALING JAYA: Maybank has announced that a number of its services are currently unavailable.

In a posting on Twitter, the company listed Maybank2u web, mobile banking services, ATMs, self service terminals, debit card usage and banking at its branches as “temporarily unavailable”.

“We apologise for any inconvenience caused and are working to resolve the matter as soon as possible. Thank you for your patience and understanding,” the company said.

The company did not share any details on when its services will be restored or the cause of the outage.

Some users on Twitter have shared that they are unable to make payments with their debit cards and perform transactions such as online transfers due to the issue. The outage has made Maybank a trending hashtag with over 2,800 tweets.

Maybank was also hit by a service outage last month when it announced that its Maybank2u web and app as well as MAE app were temporarily unavailable.

LifestyleTech has reached out to Maybank for comments. 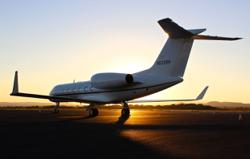