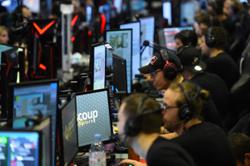 Companies are struggling to keep up with rising consumer demand for products as the pandemic has spurred more people to switch their lives online. — Photo by Christian Wiediger on Unsplash

Razer’s CEO Min-Liang Tan has indicated that the prices of its gaming laptops will increase next year as a global chip shortage pushes up the price of components needed to manufacture devices.

Tan tweeted: “Just had a long meeting to review our gaming laptops line for next year – looks like there are significant increases in component costs etc and we’ll be seeing price increases for next gen gaming laptops across the board (including the @Razer Blade) next year.”

According to website Gizmodo, the company is expected to unveil a new line of Razer Blade laptops at CES 2022 in January.

A report by The Guardian explained that the shortage in chips – a component described as the brain of every electronic device – was due to a global supply chain backlog as factories shut down due to the Covid-19 pandemic. Though production may have returned to normal, manufacturers are also struggling to keep up with rising consumer demand for products as the pandemic has spurred more people to switch their lives online.

The report stated that the chip shortage has also prompted some companies to delay the launch of new products, like Apple did with its iPhone 12 flagship line last year. Bloomberg also reported that it would be harder for consumers to get their hands on certain devices, like the PlayStation 5 gaming console, due to logistical issues and parts shortages, forcing Sony to reduce its assembled units target from more than 16 million to about 15 million.

In Malaysia, the PlayStation 5 is officially priced at RM1,869 (digital edition) and RM2,299 (with an Ultra HD Blu-ray disc drive). Some resellers on e-commerce platforms are offering the console for between RM2,699 to RM6,999 (bundled with gaming monitor).

Website Android Authority reported that consumers may be expected to pay more for smartphones next year as chipmakers such TSMC are set to increase its production fees by as much as 20%. The increase is due to factors such as overwhelming demand and logistics issues. 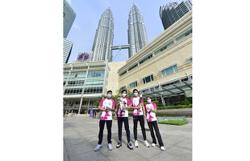 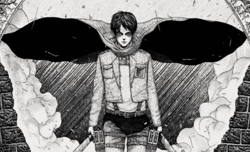 India's Ather targets 1 million electric scooters a year as demand soars
Apple makes easy escape from supply crisis, but others may have to wait
Crypto secrecy makes DeFi a financial felon’s Wonderland
Epic’s challenge to Apple App Store draws support from 35 US states
AutoStore and Ocado 'robot war' spills into Germany
China confirms it will team up with Russia to explore the Moon
Renault to produce new Alpine model at Dieppe site
Russian authorities draw up 'road map' to regulate cryptocurrencies -document
China Unicom says no 'justifiable grounds' for US ban
Report: Why scammers prowl social media for victims and how to stay safe