Hong Kong will launch a China-style health code on Dec 10 that puts the city’s tracking capabilities on par with the mainland, as the two sides prepare to resume quarantine-free travel.

The Hong Kong Health Code will record a user’s real name, address and identification number, Secretary for Innovation and Technology Alfred Sit said at a news conference Thursday. The voluntary app is designed to be compatible with systems in neighbouring Macau and Guangdong province in southern China, Sit added.

The existing LeaveHomeSafe app won’t be retired but will be updated from 9am on the same day to link to the health code registration site, Sit said. The new health code will pull a user’s travel history from the existing app, he added, and adopt a traffic-light system, with a green code needed to access the mainland.

Currently, LeaveHomeSafe lets users enter public venues by scanning a quick response code that’s pegged to their mobile phone, not their name, and doesn’t share data with the government. In mainland China, a mandatory health code has dictated where citizens can go since the pandemic hit. It knows a user’s name, identification number, close contacts, and shares data with local authorities.

That difference in digital surveillance has been a sticking point in protracted talks about restarting quarantine-free travel from Hong Kong to China. Chief Secretary John Lee said last week that with the addition of the health code Hong Kong had fulfilled the basic conditions to restart those exchanges, without specifying when it would happen.

“Records won’t be transferred to mainland authorities unless the person is infected or has been a close contact, then Guangdong officials can ask for data,” Victor Lam, government chief information officer, said at the briefing. Hong Kong and Guangdong authorities are still finalising how the new app will be recognised on the mainland, officials said, adding a later news conference would clarify that.

Chief Executive Carrie Lam has prioritised restarting quarantine-free travel with the mainland over opening up to the rest of the world. That goal has seen Hong Kong adopt Beijing’s stringent Covid Zero policy aimed at eliminating the virus from its borders.

While such measures have kept daily virus cases low, in Hong Kong they’ve frustrated many businesses and residents who want to travel for work and leisure. When the border reopens, travel may initially be capped at 1,000 people per day, local news outlet HK01 reported last month, citing unidentified sources. – Bloomberg 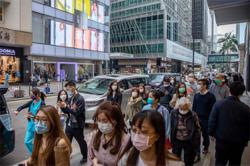 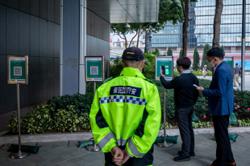