Here, the system developed by Streetlogic indicates a possible danger of collision with a car on the left. — AFP Relaxnews

The American startup Streetlogic has developed a collision warning system for cyclists. In the form of two cameras, this device is able to warn and alert riders of any risk of collision with a nearby car. In the future, it could also predict collisions with other road users.

The system works by using peripheral vision cameras, placed at the front and rear of the bike for a 360-degree view. These track the movement of vehicles around the rider. The system can identify potential front, side and rear-end collisions. In fact, the device emits an audible alert if the cyclist is on a potential collision course with a car.

On the user’s smartphone, mounted on the bike handlebars, a visual alert simultaneously appears that indicates the direction of the potential obstacle. Note that the whole system does not require an Internet connection to work.

Streetlogic is still in the development phase, even though the device is already available for pre-order in the United States, Canada and Europe for US$300 (RM1,260) – for the first buyers, before going up to US$400 (RM1,681) – with the first deliveries scheduled for the end of 2022.

For now, the system only tracks cars, as these are the most frequent types of collision, but it is obviously one day intended to be able to prevent the risk of contact with other road users, like cyclists, scooters or even pedestrians.

In the future, Streetlogic aims to enter into agreements with bicycle manufacturers to integrate its technology directly into cycle ranges. – AFP Relaxnews

Could migraine relief come from a connected armband? 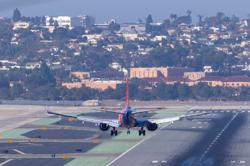