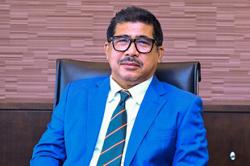 Prior to serving as state assemblyman for Kok Lanas, Kelantan, Md Alwi was the MP for Ketereh from 2004 to 2008. — MDEC

According to a statement, Md Alwi who holds a Master’s Degree in public administration from Universiti Utara Malaysia (UUM) is also the state assemblyman for Kok Lanas, Kelantan. Prior to serving as state assemblyman, Md Alwi was the Member of Parliament for Ketereh from 2004 to 2008. Some of his other roles in government include serving as Political Secretary to the Prime Minister from 2007 to 2009.

Md Alwi is also the chairman of Yayasan Kemiskinan Kelantan, a position he has held since 1993. He has also served as the chairman for Syarikat Permodalan Risda Berhad from 2006 to 2016 and KEMUBU Agricultural Development Authority (KADA) from 2014 to 2018.

At the time, Rais had openly criticised a cabinet minister over the cabotage policy in a post on Twitter. Though the tweet did not name anyone, it was believed that Rais was referring to Transport Minister Datuk Seri Dr Wee Ka Siong, who had a heated exchange in the Dewan Rakyat with DAP secretary-general Lim Guan Eng over the issue.

In January, it was reported that Twitter removed a post by Rais for promoting a debunked remedy as a cure and prevention for Covid-19.