Apple iPhone smartphones for sale at a store in New York, US. Carlson, who wants her win to inspire others to stand up for themselves, has bought the website domain name isuedappleandwon.com. — Bloomberg

“Madame Magistrate, this case concerns a basic commercial transaction in which I didn’t get what I paid for.”

Two weeks later, the problems began. At first, Carlson thought it was her fault, a matter of getting used to Apple’s new mid-October software upgrade “Version 14” and so she did what anyone would do – particularly anyone who, like Carlson, had paid extra for an Apple Care protection plan: she called Apple’s customer support.

Now, as anyone who's ever owned an Apple device knows, Apple calls its technicians “Apple specialists”. From November 2020 to May 2021, Carlson spent an estimated 75 hours talking to 26 Apple specialists concerning 23 persistent defects in her iPhone’s operation. And then there were the trips to talk to the technicians at the Apple store in Lynnfield. "I did everything they told me to," she says. And still, the problems persisted.

The cursor would disappear, illegible banners would appear, sentences would duplicate themselves, there were problems with the audio, delete malfunctions, constant dictation malfunctions, the inbox did not register new mail. On and on the problems went and when they wouldn’t go away, Apple seemed to wish she would go away.

Well, Apple didn't know who it was ghosting.

By then, Janet Carlson had become, she says, "like that guy in the movie Network – I was mad as hell and I wasn't gonna take it anymore. Apple would like people to be intimidated by their technology. They picked the wrong consumer."

Apple's policy was that it would only accept returned iPhones up to 14 days from day of purchase. "My problems began after 14 days, in mid-October, when the Version 14 software upgrade began." Carlson believed there was "a bad marriage" between the software upgrade and her iPhone. But Apple stuck to its returns policy and Carlson remained stuck with her Apple lemon.

"I just wanted what I'd paid for, which is a phone that works," she says. And that is when she began to discover – after a successful career as a writer and editor in New York City – "that, as my father said, I should have been a lawyer."

"I guess it's in the genes," says Carlson, who reached out to the office of Massachusetts Attorney General Maura Healey, which turned her over to the North Essex Dispute Resolution folks who suggested taking Apple to Small Claims Court. And that is when she started, with no detail left unturned, to build up a "David and Goliath" case which this Oct 21, she presented to Gloucester Small Claims Court Magistrate Margaret Daly Crateau.

"I felt it was simply wrong to leave me with a defective phone. We all have to pick our battles, we come to a moment when we have to stand up for ourselves. This was the moment for me," she says.

Altogether, by the time Carlson had her day in court, she had amassed 54 screenshots clearly illustrating the phone’s defects, accompanied by pages copiously chronicling in lawyerly detail her months of struggles.

"There is no dispute between the parties as to the fact that the phone sold to me by Apple is defective," she told Crateau. "Apple claims they are not responsible. Basic contract law says they are." Crateau, who herself owns an iPhone, agreed, and on Nov 12, Carlson received a US$2,800 (RM11,879) check from Apple Inc.

Carlson, who is in the throes of writing a novel, got lots of legal advice along the way from her father as well as her friend, Gloucester lawyer M.J. Boylan. She was cheered along by friends and family from here to Montana, she says. “A lot of people were excited, they were like, you go girl," and that, she says, fueled her.

But that is not the end of the story. Carlson, who wants her win to inspire others to stand up for themselves, has bought the website domain name isuedappleandwon.com. It’s still in a conceptual stage, but, she says, it's for all those Davids out there who want to take on a Goliath. Stay tuned. – The Gloucester Daily Times (Gloucester, Mass.)/Tribune News Service 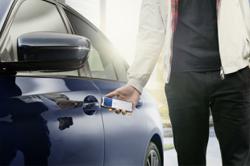 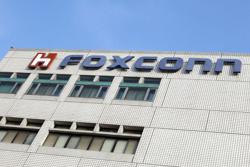