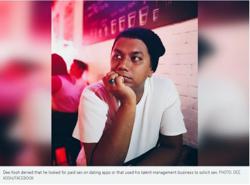 The youth, 19, pleaded guilty in court on Monday (Nov 22) to a charge of cheating and another of acquiring money from criminal conduct, with four other similar charges taken into consideration. — Background photo created by rawpixel.com - www.freepik.com

SINGAPORE: A teenager posed as a girl offering sexual services to scam multiple victims while he was still under probation for fighting in public.

To avoid being caught, he used his friend’s bank account to receive the money from his sex scam, which amounted to S$1,670 (RM5,130).

The youth, 19, pleaded guilty in court on Monday (Nov 22) to a charge of cheating and another of acquiring money from criminal conduct, with four other similar charges taken into consideration.

He cannot be named under the Children and Young Persons Act as he was 17 at the time of his offence of committing affray.

He registered an account on classified website Locanto and put up an advertisement using pictures of young girls he had downloaded to offer sexual services, said Deputy Public Prosecutor Ben Tan.

Under the guise of a girl named “Claudia”, he provided a Telegram contact for would-be clients to message him.

“The accused admitted that he decided to pose as a young girl in order to scam people,” said DPP Tan. “(He) had no intention of providing the services advertised.”

He asked his friends if he could use their bank accounts to receive the proceeds from his scam because he did not want the police to trace his offences back to him.

A friend agreed to help him and provided his POSB bank account details and PayLah! QR code. He then withdrew the money transferred to his account and handed it to the accused.

The victims were told to pay between S$100 (RM307) and S$200 (RM614) for the “sexual service”. Once the scammer received the money, he deleted their chat messages and blocked them.

The defence and prosecution called for probation and reformative training centre reports to be prepared before sentencing.

Offenders in reformative training are detained in a centre and follow a strict regimen that includes foot drills and counselling.

While noting the amount of money involved was low, DPP Tan said the offence was serious.

He added that the offence was committed while the teenager was on probation, calling into question its effectiveness.

“There was some level of sophistication and planning, with preparatory steps made to perform the cheating scam,” he said.

Defence lawyer Riko Isaac from Tembusu Law said in his mitigation plea that the young man was from a financially humble background.

The mechanical engineering student in the Institute of Technical Education works as a food delivery rider, while his father is a kitchen assistant and his mother a shop assistant.

Isaac said: “He didn’t want to be a financial burden to his family, but the way he went about to do this was obviously misguided.”

District Judge May Mesenas allowed time for the reports to be prepared and set sentencing for Jan 3, 2022. – The Straits Times (Singapore)/Asia News Network 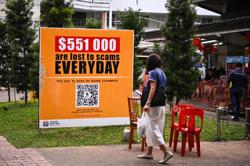