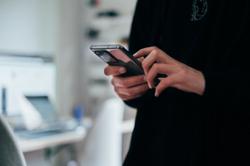 The court heard that the teenager had met someone in a group chat called “Nasi Lemak” on messaging platform Telegram early last year. — Wood photo created by Racool_studio - www.freepik.com

SINGAPORE: A teenager was just 16 years old when he committed serious crimes including selling his bank accounts that were later used to receive proceeds of investment scams totalling more than S$200,000 (RM615,068).

The Singaporean, who is now 17, pleaded guilty on Monday (Oct 4) to seven charges for offences including defacing the doors of debtors’ homes with paint and allowing others to use his bank accounts for criminal activities.

He cannot be named as his identity is protected under the Children and Young Persons Act.

The police had previously said they received multiple reports about an investment scam related to several bank accounts between May and August last year.

The victims had made “investments” on online trading platforms after befriending unknown persons online.

After they deposited money into specific bank accounts for the investments, they realised their money was lost or could not be withdrawn from the online trading platforms.

The court heard that the teenager had met someone in a group chat called “Nasi Lemak” on messaging platform Telegram early last year.

Court documents do not state if this was the same group chat that hosted upskirt images. Several men linked to these images had earlier been dealt with in court.

The unknown person offered to buy bank accounts from the teenager who agreed to sell them.

Deputy Public Prosecutor Samuel Chew said: “The accused knew that users of the 'Nasi Lemak’ Telegram group chat were involved in illegal activities, and thus had reasonable grounds to believe that the unknown individual was engaged in criminal conduct.”

Between January and April last year, the youth opened at least three bank accounts under his name, and handed their corresponding bank cards and ibanking tokens to an unidentified person. The teenager was paid between S$500 (RM1,537) and S$800 (RM2,460) per account.

The police later received multiple reports about the investment scams.

One complainant, a 43-year-old man was introduced in February last year to a purported foreign currency investment scheme called “Meta Trader 4”. He transferred S$1,000 (RM3,075) into one of the teenager's bank accounts and later alerted the police after he had failed to recover his money.

A second complainant, a 48-year-old man, was introduced to another purported investment scheme called “Meta Trader 5”. He was duped into transferring S$31,000 (RM95,317) into another bank account under the teenager's name.

The court heard that between May 7 and 18 last year, the police received 14 reports linked to transfers totalling more than S$155,000 (RM476,624) into this second account.

The police arrested the youth on July 21 this year.

The court also heard that he had acted on behalf of loan sharks to harass debtors in 2019.

He also stole two bottles of liquor worth nearly S$150 (RM461) in total from a Sembawang supermarket last year and was caught fighting at the void deck of a Yishun block of flats this February.

On Monday, the court called for reports to assess his suitability for probation and reformative training.

Offenders given the latter will be detained in a centre and made to follow a strict regimen that includes foot drills as well as counselling.

The teenager is expected to be sentenced next month. – The Straits Times (Singapore)/Asia News Network