Lawmakers in the United States and Europe champion the ‘right to repair’ as fixing electronic goods not only cuts costs but also reduces e-waste and harmful emissions. — 123rf.com

JAMES Sampson runs a tech repair shop in suburban Washington DC – fixing wayward phones and lagging laptops – and sees his tiny store as one part of a brave, new consumer rights revolution that can protect the planet, too.

European and US lawmakers want manufacturers to make it easier for people like Sampson to repair the gadgets that are now so intrinsic to daily life.

“This is what we need more of in our society – we throw away too many things,” said Sampson, who recently opened two additional Wireless Rxx branches in Arlington, Virginia, and plans more to meet growing demand.

His typical customer is “a mom with a broken iPad, or a teenager from a local school”, many of whom balk at the lost time and cost of authorized repairs, if they can get one at all.

Often, that means the alternative is dumping the faulty device.

Critics say many manufacturers try to make their products difficult to repair by denying customer access to parts or schematics, or simply by designing devices that break if opened.

Companies have pushed back, highlighting product integrity and user safety, but regulatory pressure for change is building.

In March, Europe required manufacturers of washing machines, dishwashers, fridges and TV screens to make parts available to professional repairers for at least 10 years after retiring a product.

Officials are now turning to phones and other digital devices.

In July, the US Federal Trade Commission unanimously voted to work toward restoring the “right to repair” after a study found “scant evidence to support manufacturers’ justifications for repair restrictions”.

An executive order from President Joe Biden is adding to the pressure; it says even the nation’s farmers cannot repair vital equipment because of corporate restrictions on fixing their kit.

Industry group DigitalEurope said its members, which include Apple, Bosch and Sony, already performed millions of repairs annually and “right to repair” rules should consider how to ensure quality, consumer safety, security and privacy.

“However, given the high-complexity... it will not always be possible for consumers to carry out repairs safely and successfully themselves.”

Waste not, want not

Software and the spread of computerisation into products that were once purely mechanical have enabled companies to resist repairs, said Nathan Proctor, director of the non-profit US PIRG Campaign for the Right to Repair.

“One result... is people don’t expect things to be fixed.

“And as those expectations have gone away, companies have put less and less into design that facilitates repairs,” Proctor said.

New laws promoting repair could prompt a rebirth of small, independent fix-it shops, he said, in turn reminding consumers that a broken device need not be binned.

The world dumped a record 53.6 million tonnes of e-waste in 2019, according to the United Nations, with just 17.4% being recycled.

It said the trend was “unsustainable”.

The amount of electronic waste, or e-waste, produced globally is increasing by up to 4% a year, according to the Waste Electrical and Electronic Equipment (WEEE) Forum, a non-profit promoting the recycling of electronic equipment.

Recycling helps reduce e-waste and the greenhouse gas emissions produced in the manufacture of replacement goods, the group said in a recent report.

“Every tonne of WEEE recycled avoids around two tonnes of CO2 emissions,” its head Pascal Leroy said in a statement ahead of the International E-Waste Day.

Last year, 27 US states introduced repair bills, though none has yet passed, said Kyle Wiens, chief executive of iFixit, the largest online archive of repair manuals.

The site helps 10 million people a month repair a spectrum of goods, Wiens said, and, amid the Covid-19 pandemic, it has launched a new focus on medical equipment such as ventilators.

“It’s our stuff, and we should know how to fix it,” Wiens said, also stressing its benefit for low-income communities.

Peter Mui, founder of Fixit Clinic, has helped organise nearly 600 community-level events since 2009 in which people bring in broken items and learn how to fix them.

“Lo and behold, 70% of this stuff is repairable – and that’s with no access to service manuals, diagnostic tools, schematics,” he said.

While the European move signals growing momentum for the repair movement, the new policy fails to address some underlying issues, such as the high cost of spare parts, said Chloe Mikolajczak of Right To Repair Europe, an umbrella group.

“It’s a good first step, but it’s still very far from where we need to be,” she said.

Almost 80% of respondents to a 2020 EU survey said companies and manufacturers should be required to facilitate the repair of digital devices.“In comparison to other ecological issues... there is no public resistance against repair measures,” said Markus Piringer of Austrian non-profit Eco Consulting.

This year, the group partnered with Vienna to launch a voucher programme under which owners of items – from bicycles and smartphones to guitars and dishwashers – can recoup up to €100 (RM480) towards repair bills.

Electronic equipment accounted for more than 60% of the 26,000 repairs subsidised under the popular scheme, which reduced Vienna’s e-waste this year by 3.75%, said Johann Bohm of Vienna’s environmental department.

The Viennese effort has inspired a similar project in Portland, Oregon, due to launch as a pilot in the coming months.

But some products today have become just too hard to fix.

Advocates hope the index will push companies to change their output before it even hits the shelves.

As Mikolajczak said: “No one wants to rank last.” – Thomson Reuters Foundation 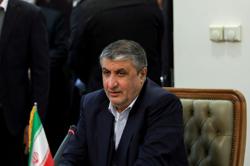