The VanMoof V will be able to reach 50 km/h and could potentially replace cars for short trips in town. — Relaxnews

The Dutch electric bicycle manufacturer VanMoof has unveiled its first high-speed model, capable of reaching 50 km/h and thus, in theory, of replacing cars in urban areas. With cars now being driven out of many urban centres, manufacturers are increasingly offering this kind of e-bike.

With two-wheel drive, thick tires, front and rear suspension and a particularly robust frame, the VanMoof V will also be equipped with technologies such as automatic gear shifting, keyless locking and an anti-theft system. It is already possible to reserve a model on the manufacturer's website, where it is priced €3,498 (about $4,000/RM16,995), with the first shipments not expected before the end of 2022. Note that the VanMoof V will only be available for certain markets (Netherlands, Germany, United States, France, Japan and the United Kingdom).

According to its creators, this speed bike (the name given to high-speed electric bicycles) is a genuine and 100% clean alternative to cars in the city. While more and more cities are now trying to restrict access to motorists in central zones, having a bike that can reach 50 km/h at full speed could be a smart solution for quick trips in town, and with no CO2 emissions.

Such a bike can indeed travel as fast, if not faster, than scooters and cars in the city centre. Indeed, they are much easier to handle in traffic jams, and can easily get where other motorised vehicles would have more difficulty.

Like VanMoof, and France's Moustache, more and more e-bike manufacturers are offering at least one speed bike model. Harley-Davidson is even in on the game, through its Serial 1 ebike subsidiary. – AFP Relaxnews 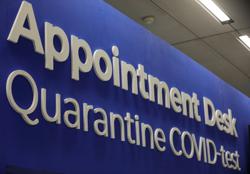