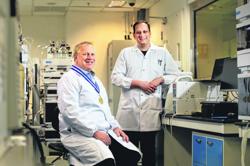 WASHINGTON: Page Snyder has lived in the same house on a farm in northern Virginia for all of her 71 years – but now she wants out. Along with some of her neighbors, Snyder hopes to sell her land to make way for a vast data center campus.

Located an hour from the US capital, the area already has one of the world’s highest densities of data centers – gleaming warehouses accommodating the digital storage, applications and processing that power swathes of the internet.

Half of Prince William County, where Snyder’s farm lies, is a protected rural area off-limits for further such construction, but landowners want authorities to roll back that designation and allow an 800-acre (324-hectare) tech park to be built.

At issue are her rights as a property owner, Snyder said, but she added that revenue from the development, along with a philanthropic community foundation the landowners are proposing to create, would be a much-needed boon to the area.

“We have a real vested interest in the health and well-being of the county,” Snyder told the Thomson Reuters Foundation.

Yet the proposal has split the local community.

While it is backed by the county’s chamber of commerce and other groups, environmentalists and critics do not want to see the rural protections changed, especially for further data center growth.

“Once you develop these rural areas, they’re gone,” said Pete Candland, who sits on the board of supervisors that oversees county policymaking.

“I cede the point that the industry wants more land to expand, but I don’t think we have any obligation to pave over our rural areas.”

Surging Internet use during the pandemic has accelerated demand for new data centers in the United States and elsewhere, industry experts said.

Snyder said Prince William County had long ceased to be the peaceful rural place she grew up in, saying that – as opposed to money – was the main reason she wanted to sell her 180-acre (73-hectare) farm.

Many of her neighbours agree.

“It’s not rural (anymore),” said Mary Ann Ghadban, in her mid-60s, who said she used to ride her horse down the road they live on – now a busy route crisscrossed by overhead power lines.

“Now, when we get our mail, we have to look both ways and quickly get it before somebody’s truck knocks us down,” she told the Thomson Reuters Foundation in a video call.

Seeking to limit future development, local officials designated half of the country as a “Rural Crescent” two decades ago.

While Snyder and Ghadban say the designation unfairly ties their hands as property owners, residents opposed to the data center campus say the proposal would enrich a few and harm the local environment.

“The world is being turned upside down by the need for more data,” said Elena Schlossberg, executive director of the Coalition to Protect Prince William County, a citizens’ group that is fighting the data center plan.

Amazon Web Services alone has spent US$35bil (RM145.79bil) on datacentres in Virginia over the past decade, according to a report published this month.

They are increasingly likely to be located near to urban areas, said Mark R. Schonberg, president of technology company TerraScale, which builds data centers with a focus on on-site renewable energy.

“You’re not going to have any smart city or (artificial intelligence) city unless you have a good digital backbone,” he said.

Autonomous vehicles, for instance, require significant, decentralised computing power that is relatively close at hand in order to avoid possible delays in responsiveness – known as latency.

“The reason these data centers are going into Prince William is because it's close enough to mitigate the latency issues,” Schonberg said.

Snyder and Ghadban suggest the proposal they are spearheading would bring in another US$500mil (RM2.08bil) a year.

Not all local officials are convinced, though Candland said the county had hired a consultant to look into changing the data center siting regulations.

Victor S. Angry, another member of the county’s supervisory board, said it felt “disingenuous” to continue imposing 20-year-old development restrictions on property owners, calling for a collaborative process to find a way forward.

He also highlighted the possible tax revenue windfall of being “ground zero of the Internet”.

“These opportunities exist,” he said. “We can’t just say, ‘It’s the Rural Crescent, and I like looking at it’.” – Thomson Reuters Foundation

Zapp bets on convenience not coupons in London grocery war 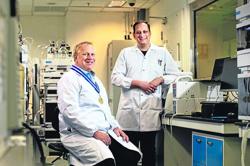