Apple showcased Shareplay feature at its WWDC 21. However, it warned developers and the users that SharePlay would be delayed after the company removed it from beta tests. — AFP

Apple announced iOS 15 and iPadOS 15 at its WWDC 21 a few months ago. Since then, it has rolled out several beta updates for the two operating systems.

Recently, Apple rolled out stable updates for iOS 15 and iPadOS 15. While they come with a slew of new updates, there are some features that are yet to make their way to the users. The iPhones and iPads miss out on features such as SharePlay, improved AirPod Find My support, Universal Control, and more. While the Universal Control is yet to roll out on the iPhones, the other features are missing from both iPhones and iPads.

The Verge reports that it looked through Apple's product pages for each OS to find the features that have yet to show up on iPhones and iPads. They found several missing features. One of the most prominent missing features for iPhone from iOS 15 is SharePlay.

For the unaware, SharePlay lets you watch videos or listen to music with friends on a FaceTime call. Apple showcased the feature at its WWDC 21. However, it warned developers and the users that SharePlay would be delayed after the company removed it from beta tests.

The SharePlay feature is one of the most prominent iOS 15 features because its delay is also holding back other features like recently announced Group Workouts for Fitness Plus. It won't roll out till Apple releases SharePlay.

Apple has also announced that better Find My support for AirPods isn't coming until later this fall. Announced at WWDC 21, Apple said that some of its devices in its headphone lineup will be getting an AirTag-like proximity view. It revealed that AirPods Pro and Max will be able to connect to the Find My network. Hence, making them easier to find even when they're not physically with you. People lose their AirPods all the time, and this feature would be useful for them to find their missing earbud. However, the feature isn't part of iOS 15, and it will be rolled out sometime later.

Another feature that isn't here yet is the App Store's in-app events feature, which will show off things like in-game events, live video streams, and other limited-time features. The feature is touted to be available 'later this fall'.

iPad users will also miss out on Universal Control feature, which seamlessly lets you share a cursor between Macs and iPads. It's absence doesn't come as a surprise since the feature didn't even make its way to the betas. It also requires the not-yet-released macOS Monterey. – Hindustan Times, New Delhi/Tribune News Service 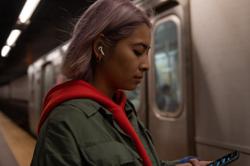 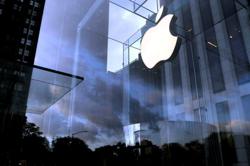