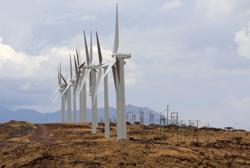 PETALING JAYA: Exabytes, a Penang-based web hosting service, was hit by a ransomware attack over the weekend, though it claims most of its services have since been restored.

The ransomware, which occurred at 5am on Sept 18, disrupted its services, mainly its Windows VPS (virtual private server) and Windows hosting services.

In a post on 4.23am on Sept 19, the company said it had concluded a management meeting and will initiate its recovery plan immediately.

The company’s data restoration effort stands at 80% as of 3pm on Sept 20, said Exabytes CEO and founder Chan Kee Siak.

“The matter is under investigation now and we are unable to provide any further information on this at this moment.

“Discussions are underway as to the best course of action once we have resolved this incident,” he said.

The company is currently prioritising this issue, it said, and focusing on restoring its systems and services.

It also plans to come out with a mitigation plan to minimise any future interruptions to its customers' operations.

A spokesperson from CyberSecurity Malaysia (CSM) said Exabytes had contacted it on the day of the attack.

Tech portal Amanz reported that the company had tweeted that the attackers were demanding US$900,000 (RM3.77mil) as ransom in cryptocurrency.