Consumers can help others even while window shopping, by reporting to the authorities or e-commerce platforms if they stumble upon any illegal or unregistered items. — Sale photo created by rawpixel.com - www.freepik.com

Consumers can find nearly anything on e-commerce platforms nowadays, but just because it’s available for sale doesn’t mean the listing is legal or safe.

Federation of Malaysian Consumers Associations (Fomca) chief executive officer Dr T. Saravanan says shoppers have an overwhelming selection of choices, but too many options can also confuse them. Saravanan expects complaints on online shopping to shoot up by 10% this year due to movement restrictions making more people rely on e-commerce platforms. — Fomca

“Unfortunately, people tend to go for the cheapest option that they can find.

“And with so many choices, they are relying on what they’ve seen on social media or circulated on their WhatsApp groups instead of doing research or checking reviews,” he says.

Complaints about fake medicines and uncertified electronic devices have also cropped up online during the pandemic, as more people have been buying without looking into the quality or safety of the products, he says. 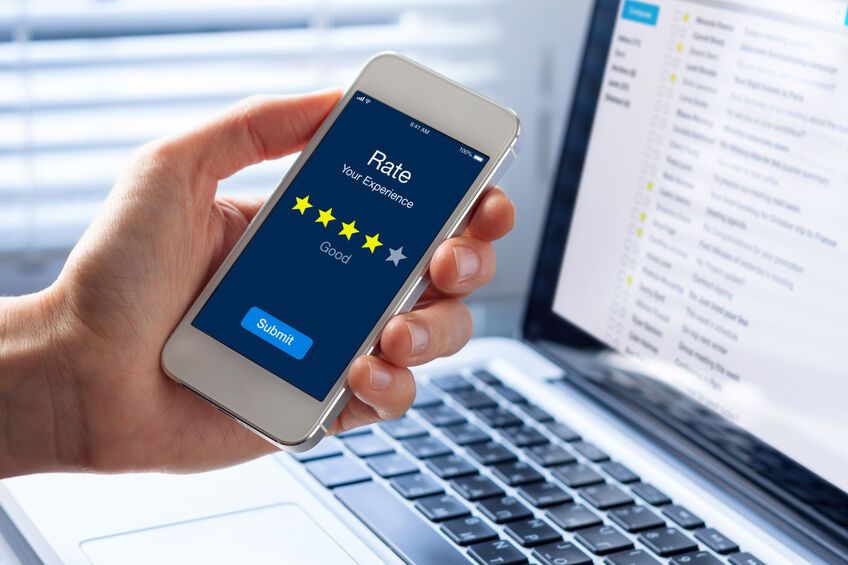 Saravanan says overwhelmed shoppers are relying on what's shared on social media instead of doing research or checking reviews, which puts them at risk of buying dubious goods. — 123rf.com

“We’ve had several cases of uncertified disinfectant sprays that caught fire while being charged!” he shares.

The National Consumer Complaints Centre (NCCC) has received about 800 complaints on e-commerce transactions as of August this year, compared with 1,520 cases for the whole of last year. Baskaran urges consumers to report the sale of uncertified and illegal devices, as this will also help protect other shoppers. — NCCC

Its senior manager Baskaran Sithamparam expects the number of complaints to shoot up by 10% this year due to movement restrictions which has made people rely more on e-commerce platforms.

Beyond shopping online to avoid busy stores and malls, some have turned to online platforms to get exotic or illegal items which have become harder to purchase due to movement restrictions.

New sellers have also joined the illegal trade, she says. In one case, a person who offered take- away food eventually started offering turtle eggs for sale. “In my opinion, it could be opportunistic. Supply of turtle eggs depends on the nesting trend of a particular year,” she says.

Bernama reported that the trend of turtle eggs being sold online had been on the rise since May last year, prompting activists to form a surveillance team known as Turtle Watch Malaysia.

The team set up a social media account to receive tip-offs from concerned members of the public about such illicit activities.

The team, which reports its findings to the Fisheries Department for further action, was quoted as saying that the largest sale it had detected was for 600 turtle eggs collected from Redang Island, estimated to be worth about RM3,000.

According to Long, the Terengganu Turtle Enactment 1951 (Amended 1987) only prohibits the sale of leatherback turtle eggs, not the eggs of other sea turtle species. Though only the sale of leatherback turtle eggs are prohibited by law, not turtle eggs in general, e-commerce platforms do not allow the sale of any animals and wildlife products. — Lang Tengah Turtle Watch

Luckily, this “loophole” cannot be used by online sellers, she says, as e-commerce platforms do not allow the sale of animals and wildlife products.

E-commerce platforms in Malaysia, including Shopee, Lazada and Carousell, ban the sale of live animals or items made from exotic/endangered animals.

They also don’t allow the sale of unregistered medical devices and electrical products, illegal or prescription drugs, and weapons and guns.

Baskaran urges consumers to report the sale of unregistered or illegal products they spot online.

“Say you are ‘window shopping’ and see some products that are not safe or legal, you should be responsible enough to report it to the authorities,” he says. Too many choices on shopping sites can lead to shoppers making poorer choices, says Saravanan. — AFP

The authorities that the public can report to are the Domestic Trade and Consumer Affairs Ministry and the Malaysian Communications and Multimedia Commission (MCMC), which are respectively in charge of the sale of goods in the country and the proper use of Internet platforms.

Fomca’s Saravanan applauded the Domestic Trade and Consumer Affairs Ministry’s recent effort, which made it easier for consumers to lodge complaints via its official WhatsApp channel (019-279- 4317).

Alternatively, users can also call its toll free number at 1-800-886-800 or lodge a report online on its e-Aduan system.

“Remember, if no one complains, they cannot act. Even if the matter is not under the purview of a particular agency, it can forward the complaint to the relevant authorities or give the consumer the correct contact to approach,” he says. 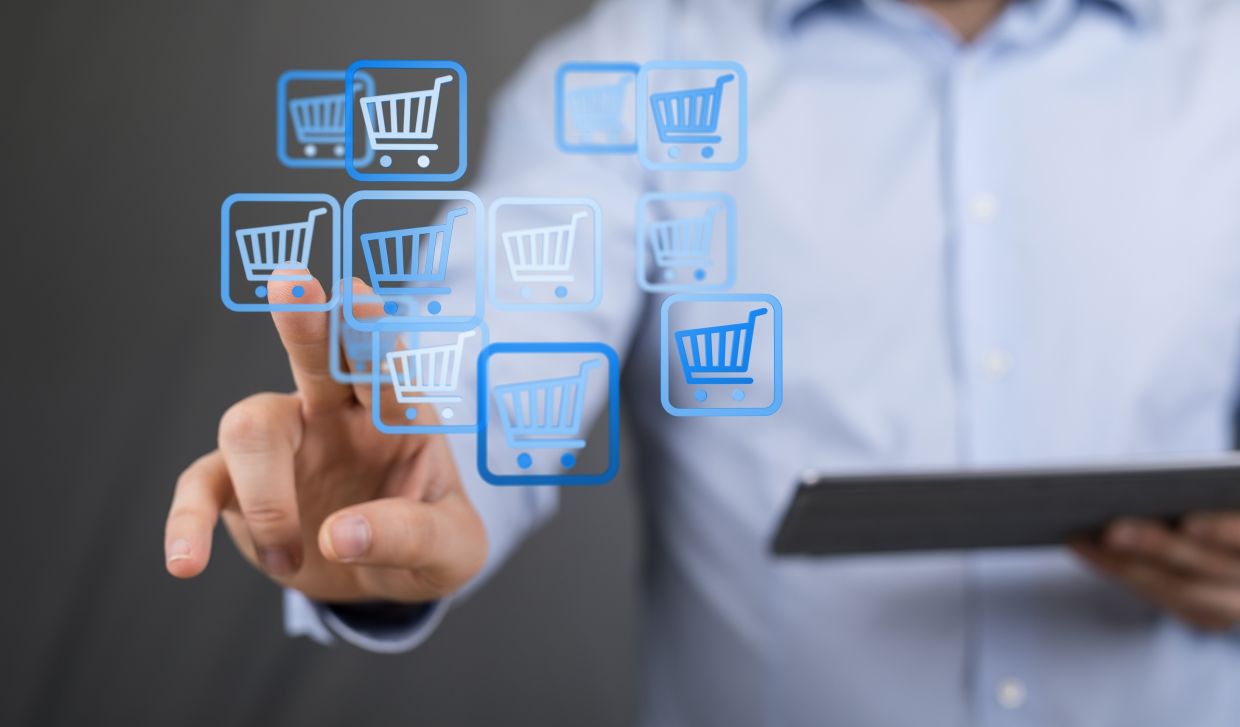 As online shopping skyrockets during the pandemic, e-commerce platforms and consumer rights groups are calling on users to help weed out unscrupulous sellers. — AFP Relaxnews

He warns that buying illegal items could also put consumers at risk of legal action.

He gave the example of uncertified Android TV boxes loaded with illegal content or pirated services that have led to sellers being fined. “They (authorities) have mostly gone after sellers but buyers could also be punished according to the law.

“Change begins with yourself, don’t buy such products because curbing demand would discourage illegal sellers,” he says.

He elaborated that this doesn’t mean consumers are to be blamed for the proliferation of illegal and unregistered items online, as companies that allow the items to be listed and sold on their platforms will also have to do their part in removing such items.

He says responsible online sites should make it easy for consumers to make a complaint either through a messaging channel or even just a simple button. Tang says the increase in transactions on Carousell during the pandemic led to an increase in reports on prohibited items. — Carousell.

Carousell country head (Malaysia) Tang Siew Wai says that with tens of thousands of new listings added to its marketplace every day, it was invaluable to have an active community of users that takes the effort to proactively flag suspicious listings or sellers so immediate action can be taken.

“We’d like to continue encouraging all users to flag any suspicious listings to our team by simply selecting the listing and clicking on the Report Listing option,” he says.

Likewise, Shopee enables users to report problematic sellers and listings via the “Report This Product” feature that’s available on each product page.

A spokesperson for Lazada Malaysia claims the platform operates on a “notice, investigate and take down” approach and offers communications channels for both buyers and sellers to report suspicious activities. Carousell’s Tang says there had been an 'exponential increase' in transactions on the site during the pandemic, which in turn has led to an increase in reports for prohibited listings. — 123rf.com

Under the service’s policies, any Lazmall sellers found to have listed non- authentic products will lose their status.

LazMall, introduced in 2018, functions as a virtual mall for official brand partners on Lazada.

Carousell’s Tang says there had been an “exponential increase” in transactions on the site during the pandemic, which in turn has led to an increase in reports for prohibited listings.

“The pandemic was an unprecedented event in terms of the impact on our health, the economy and our way of life.

“Consumers were pressured by scarcity of essentials and stressed about acquiring items such as masks and medical devices for themselves and their loved ones,” he says. Purchasing through an e-commerce site offers more protection, as they offer an official complaint channel – this may not be the case if you buy directly from sellers in social media groups, says Baskaran. — Pixabay

To identify illegal or prohibited listings at scale, the company partnered with an artificial intelligence (AI) fraud detection service back in 2018.

Backing this system is an in-house content moderator team that manually monitors the marketplace, checks listings and looks into reports filed by community members.

“Even in the face of an overwhelming volume of accounts being flagged, we managed to ensure that 100% of reports on suspicious listings were reviewed within 24 hours,” he claims.

A spokesperson for Shopee also says the service has seen a surge in listings during the pandemic and is taking extra measures to proactively keep consumers safe.

An AI system has been trained to detect listings that contain blacklisted keywords, the spokesperson says, adding that the posts it flags will be redirected to an internal team for review. Saravanan says responsible online sites should make it easy for consumers to make a complaint either through a messaging channel or even just a simple button. — Pixabay

The spokesperson says there have been attempts to bypass the system, especially the blacklisted words, requiring the team to constantly update its system to prevent prohibited items from being listed.

“When we are alerted of any suspicious listings, including via notifications from our users, we will immediately investigate the listings.

“In cases where listings don’t meet our policies or the law, we immediately remove the products, and take action against the sellers,” the spokesperson claims.

NCCC’s Baskaran felt that e-commerce platforms could still do more to improve the redress and refund mechanism they have currently in place.

“Let’s say you buy an item and return it due to some issues, instead of returning the money, some platforms place it in an e-wallet. Getting money out of the e-wallet is tedious and takes time.

“And for people who buy with a credit card, they’d prefer to be reimbursed faster, as they don’t want to risk paying interest unnecessarily,” he says.

Purchasing through an e-commerce site offers more protection, as they offer an official complaint channel – this may not be the case if you buy directly from sellers in social media groups, says Baskaran.

Some also offer an escrow service that allows you to withhold your funds from the seller until you have received the items and are satisfied with them. Some e-commerce sites offer an escrow service that allows buyers to withhold funds from the seller until they receive the items and are satisfied with them. — People photo created by pressfoto - www.freepik.com

Although the platforms provide such a channel – like a chat tool with vendors – the process may take time if the seller takes too long to respond.

However, this is still better than liaising with the sellers directly, especially on social media platforms, Baskaran says.

Customers have to ensure there’s a mechanism to report their complaints, otherwise it would become even more troublesome when something goes wrong, he adds.

Pokémon cards are making collectors serious cash. Some people are upset about it